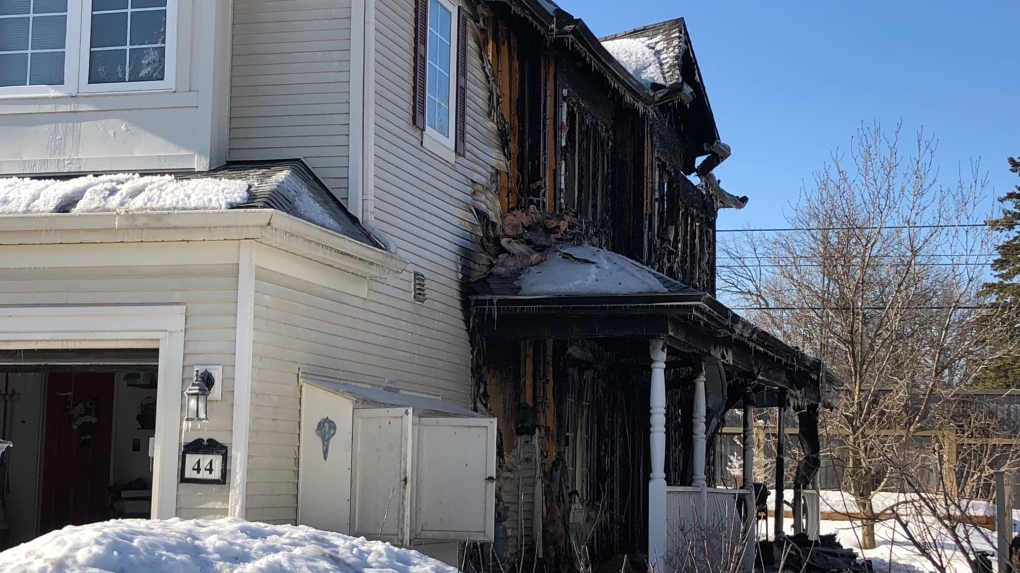 The aftermath of a two-alarm blaze at a row home in Barrhaven early Friday, Feb. 21, 2020. (Peter Szperling/CTV Ottawa)

OTTAWA -- Ottawa Fire says there were no injuries from a two-alarm blaze at a row home in Barrhaven early Friday.

The building is a six-unit complex. Flames were coming from an end unit.

The occupants had already left the building by the time firefighters arrived.

It took about 50 minutes to get the blaze under control.

Ottawa Fire on scene of a 2-Alarm fire at 44 Kirkstone Private. Fire was in the end unit of a 6 unit row & is under control. Overhaul & salvage operations underway. Occupants safely evacuated before firefighters arrived. #ottnews #ottcity #ottfire pic.twitter.com/Zpwh9xvCk3