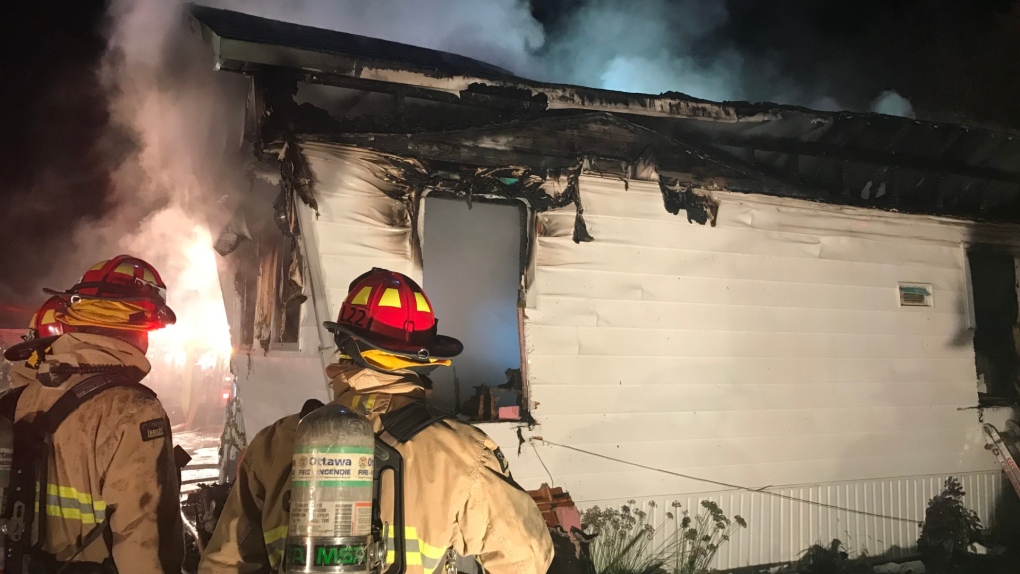 Ottawa Fire Services said in a news release that they were called just before 9:30 p.m. about a fire. The caller's phone cut out, but they were able to trace the call to Redfern Avenue, where they found the home completely ablaze.

A second alarm was called because of how close other homes were to the fire.

It took just under an hour to get the blaze under control. While no one was reported injured, the three people living in the mobile home are now displaced.

What sparked the blaze is under investigation.