Family of five displaced by fire at Ottawa apartment building 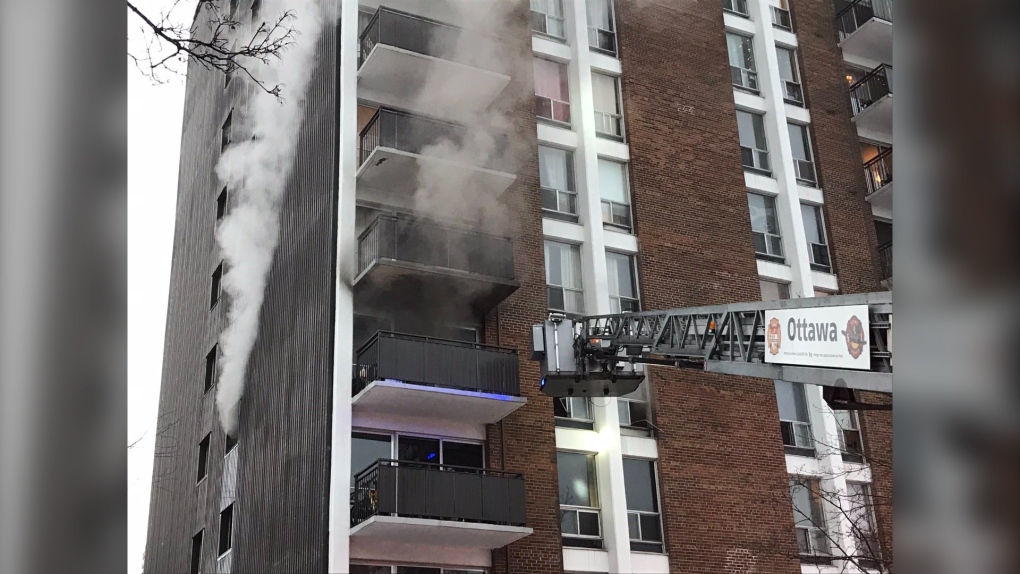 Ottawa firefighters battled a fire in an apartment on the fourth floor of a building on Brittany Drive. (Photo courtesy: Twitter/OttFire)

OTTAWA -- A woman suffered minor burns and smoke inhalation in a morning fire at an apartment building in Ottawa's east end.

Ottawa fire received a call from an alarm company just after 7 a.m. reporting a fire alarm at 240 Brittany Drive, off St. Laurent Boulevard. Several calls reported a fire in an apartment at the building.

When firefighters on scene, heavy black smoke and flames were coming from windows of a unit on the fourth floor.

Firefighters began tackling the flames and searching the unit to ensure everyone had evacuated," said Ottawa fire in a media release.

"During the evacuation, the adult from this unit was separated from their three children. Firefighters located the children in the lobby of the building and brought them outside to reunite with their parent."

Firefighters have confirmed the occupants of the unit have evacuated. Brittany drive is closed from St Laurent to Bangs. #OttNews #OttTraffic https://t.co/3IzOKPstFB pic.twitter.com/NgHQcCdU5U

The damage was contained to one unit at the end of the floor.

Ottawa fire says a family of five living in the unit will receive victim services from the Canadian Red Cross and the Salvation Army.

Ottawa Paramedics assessed six people on scene, including three children. A woman in her 40s was transported to hospital in serious but stable condition with minor burns and smoke inhalation.