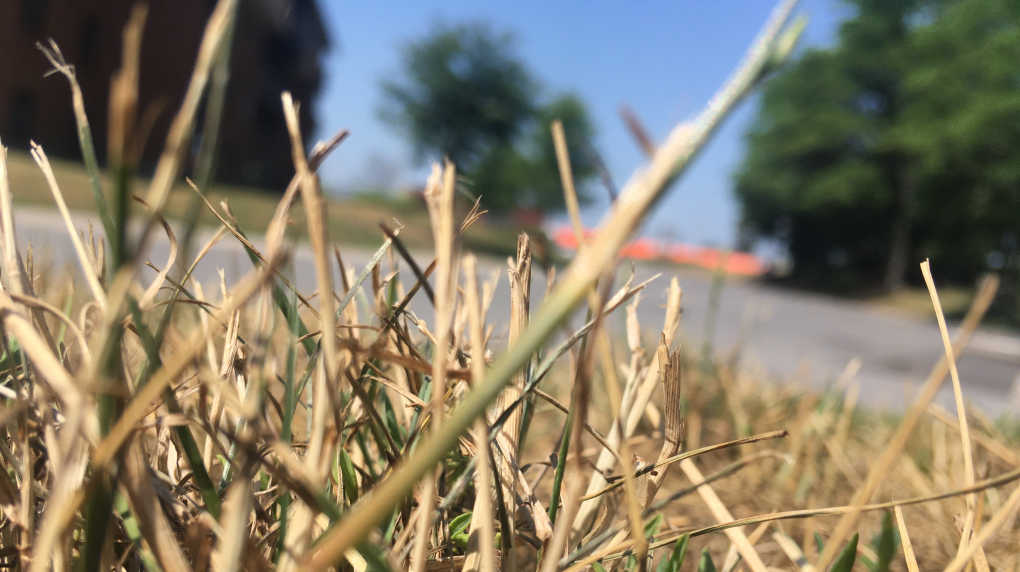 The City of Ottawa is the driest it has been in more than a century.

Environment Canada reported 13.5 mm of rain fell on the city in May, the lowest figure ever recorded at the Ottawa Airport, whose records date back to 1938, and the lowest in 101 years overall. It was also the fifth driest May recorded since 1890.

Historical data from Environment Canada show 12.9 mm of rain was recorded in Ottawa in May 1920.

The average rainfall in Ottawa in May is around 80.3 mm, meaning Ottawa only saw 17 per cent of the usual rainfall.

Ottawa was not alone in seeing less than the usual amount of rain last month, but it had the lowest precipitation level among other major areas surveyed. Kingston and Toronto saw 21.8 mm and 22.9 mm of rain respectively in May, both about 29 per cent of normal levels.

Canada pledged $50 million to prevent Ukrainian grain from going to waste on Sunday as Prime Minister Justin Trudeau committed to work with G7 nations on further measures to halt the famine caused by the Russian invasion of the embattled country.

Behind prison walls, National Indigenous People's Day was celebrated this month, with inmates at a Manitoba federal prison granted access to music, drumming and sharing circles — positive steps forward to reconnect Indigenous inmates with their culture and rehabilitate a group that is incarcerated at a disproportionate rate.

Hundreds of thousands of people lined the streets of downtown Toronto on Sunday as the city's Pride parade returned for the first time in two years.

A Dalhousie University team of scientists — in a joint venture with a company called Planetary Technologies — is now in the next phase of their research to use the power of the ocean to one day reduce the world’s carbon levels.

The abortion decision in the U.S. marked the apex in a week that reinforced former U.S. President Donald Trump's ongoing impact in Washington more than a year and a half after he exited the White House.

Russia shattered weeks of relative calm in the Ukrainian capital with long-range missiles fired toward Kyiv early Sunday, an apparent Kremlin show-of-force as Western leaders meet in Europe to strengthen their military and economic support of Ukraine.