Do you have pandemic fatigue? Many Canadians say they do 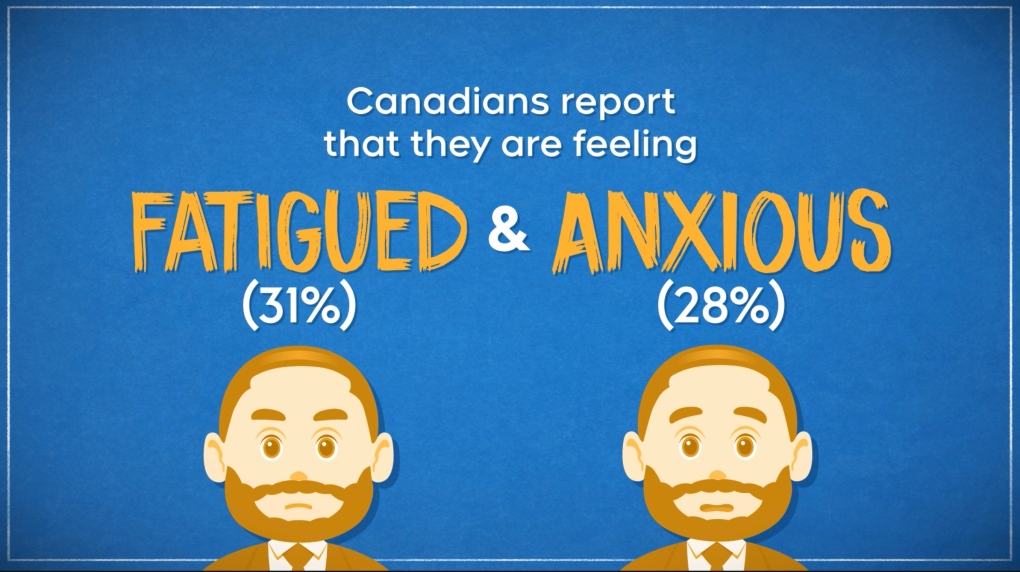 An Angus Reid survey finds Canadians are suffering from COVID-fatigue after three months of COVID-19 restrictions.

OTTAWA -- Let’s face it; we’re all feeling a little COVID-tired.

It has been months since the pandemic was declared, and according to an Angus Reid poll, many Canadians are expressing "fatigue." A significant number admit to being less stringent than they were in the spring about taking precautions to limit the spread of novel coronavirus.

According to the poll, the number of people worried about contracting the virus has dropped from a peak of 73 per cent in early April to 46 per cent now.  Still, respondents say they are weary; months of isolation and fears related to the life-threatening virus taking its toll. 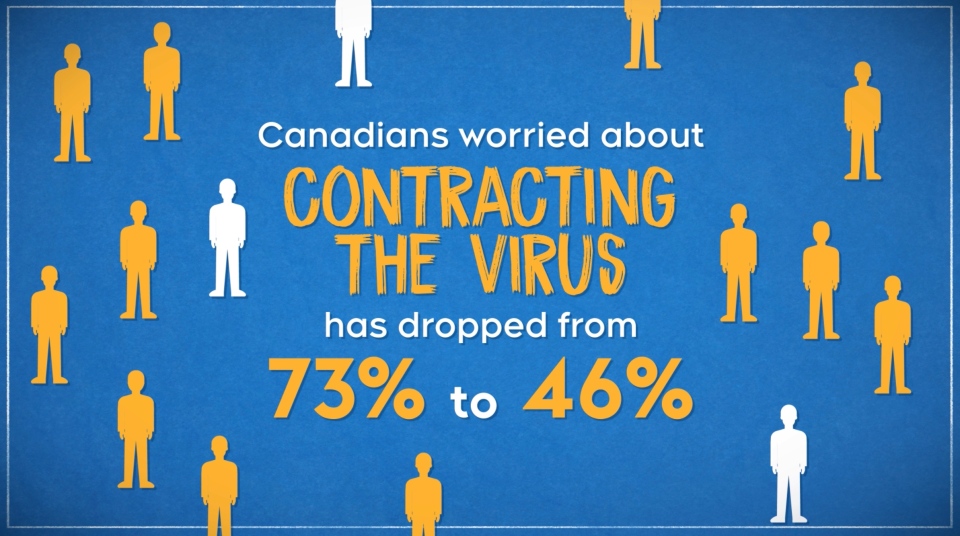 “I think its human nature.  People have been locked up three, four months now.  There is a fear and anxiety," said Dr. Paul Roumeliotis, eastern Ontario Medical Officer of Health

"We’re hearing worldwide trends of cases and people dying, so all of that takes a physical, emotional and mental toll on people.  So, I’m not surprised people are fatigued.  I’m fatigued.”

Two-in-five Canadians (41 per cent) say the worst of the health effects in Canada are yet to come. But the majority (59 per cent) feels the country’s made it through the most difficult time in terms of the illness.

Only 36 per cent of Canadians now say they are staying away from public spaces as much as they were in early days of the outbreak. 56 per cent say they are continuing to keep extra space away from others. 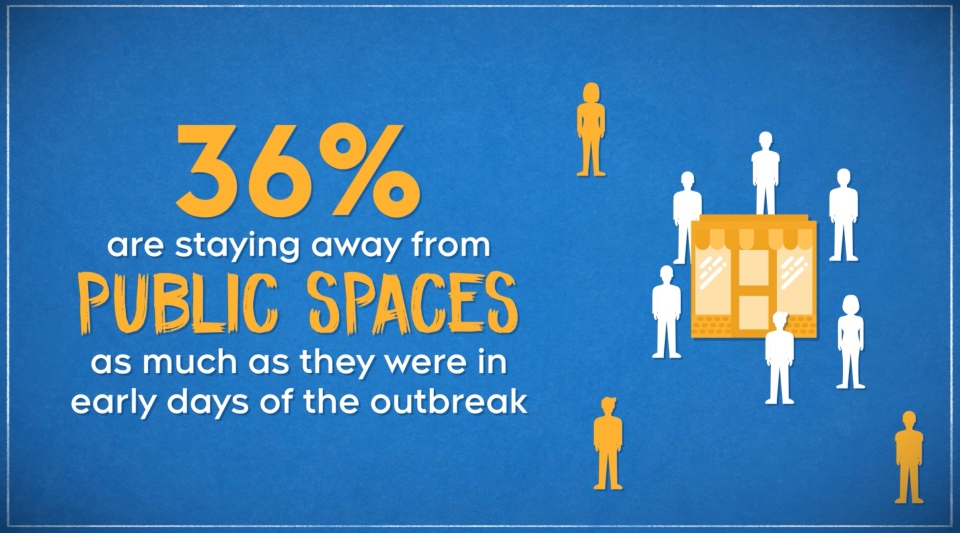 The biggest challenge for health officials may be connecting with younger Canadians. The poll suggests 18-34 year-olds are the least likely to be following recommended advice and are less likely to voice concerns over becoming sick.

26-year-old David Ford is spending the day in the sun at Westboro Beach. However, the registered nurse is hopeful all generations will do their part to follow precautions from public health officials.

“As a young healthy person, it’s really easy to forget there are a lot of people who are infected if you don’t see those cases.  It’s more about your parents or grandparents.  Those are the important members of society that we have to look after as well,” Ford said.

The poll also reveals people of varying ages and genders are weathering this pandemic storm differently.