Demolition of historic building in downtown Brockville, Ont. on pause 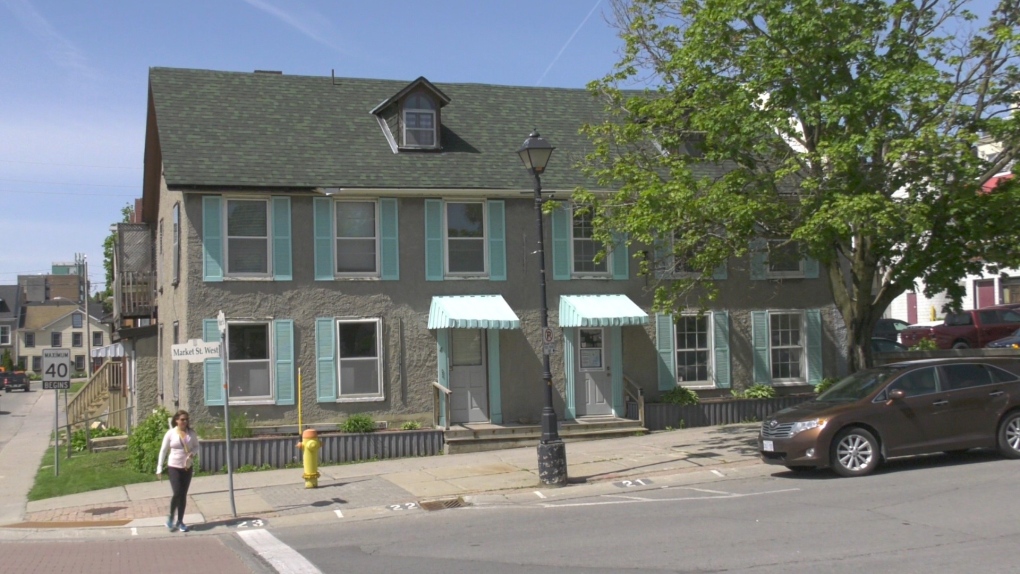 A historic Brockville, Ont. building will not be demolished this summer after city council passed a motion to delay the job until at least September.

Coun. Matt Wren brought a motion forward to delay the demolition until a report is received on how much it will cost to refurbish the structure on or before the Sept. 13 meeting.

"Last night we brought council a reconsideration motion which means that we want to bring an item of business back to the table and reopen the discussion," Wren told CTV News Ottawa outside the Market Street West building on Wednesday.

"In terms of policy and procedure that involves two-thirds majority of council so very thankful that my colleagues were agreeable to reopen the consideration and get this matter back on the table," he added.

Wren said he heard from the community after their May 10 meeting, and the situation deserves another conversation as to what to do with the building.

"What happened on May 10 really wasn't a decision," Wren stated. "Apparently way back, long before I was on council, it was determined that this was the eventual fate of these buildings, that's why there wasn't any capital money being placed in them over the last number of years."

"Staff just expected at the appropriate time they would move in the direction of removing these two buildings," he added. "The community didn't understand that, or didn't remember it, and some of us who were on council today weren't here in part of that decision."

Wren said the community would now have a chance to provide input moving forward.

"The people in the community that want to see these buildings stand, we've got four months for that group to organize," he said. "For those who say that they will support the project to make it clear what they are willing to do to find out what the cost will be and we've got a chance to see whether it's feasible to do so."

"It can't be a burden on the taxpayer, I'll be very clear about that," Wren said.

While the Market Street building appears to be saved for the next four months, the adjacent building along Water Street did not receive the same fate, with demolition likely to move forward in the coming weeks.

"I think the most important structure to retain in terms of history and value to the community is the Market Street property, there is no question about it," said Bob Runciman, who has been vocal on the demolition plans for the downtown corner.

"I wouldn't mind them being all saved but I think I'm trying to be realistic in terms of cost and, you know, ability to get the job done so I think this is a compromise from my personal perspective," he added.

Six councillors voted to pause the demolition, while three others, including Mayor Mike Kalivas, favoured tearing it down.

"It's good news, there's no question about it," Runciman said. "But it's step one and we'll see where it goes. There's clearly a number of councillors, including the Mayor, who are committed to tearing it down regardless of what this study says and that's concerning."

During the meeting, it was also noted that the city had an offer to purchase the property.

"We already hear rumours that there's been an offer to purchase and restore but I've been the recipient of information that significant donors are out there as well," Runicman said. "So let's take a look at those options, involve the public, get their ideas, the best suggestions and then take them back to the council and make a decision at that point."

Wren said this situation reminds him of a similar project on Blockhouse Island from years past.

"Council of that date determined it was too expensive to do a restoration of our vintage aircraft on the island, the Sabre Jet Memorial," Wren said. "It's a war memorial, and at that time I formed a community group, we came together, we found a solution as a community and went back to council with that solution and the plane still sits there today."

"I think we have an obligation to look after our heritage," he added.

"This (building) is quite old, it's the backdrop of the market, and I just think it will be a very different view down here when those buildings are gone and there is a little corner of asphalt."

Hundreds of homes have been inundated in and around Australia's largest city in a flood emergency that was causing trouble for 50,000 people, officials said Tuesday.