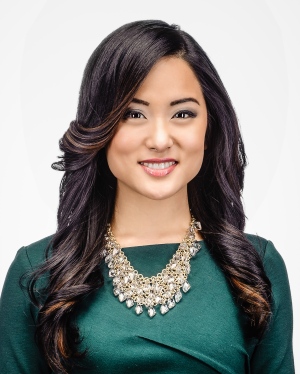 Lois Lee has been with CTV Morning Live since December, 2013

Lois grew up in Brampton and caught the broadcasting bug while volunteering at TV Western, the on-campus station at the University of Western Ontario.

While studying journalism at Ryerson University, Lois worked as a videographer and reporter for the Mississauga News, fueling her love for storytelling.

After graduation, Lois worked behind the camera as a producer for the Business News Network (BNN) in Toronto, just as the U.S. housing market began to crumble. Lois navigated her way through the tumultuous global recession and produced for many programs on BNN, including “Headline with Howard Green”.

In 2011, Lois moved to Ottawa with her husband in search of a new challenge. That’s when she became the co-host and associate producer of Daytime Ottawa on Rogers TV, where she quickly made a name for herself in the nation’s capital for her active role in the community. For over two years, she captivated viewers with her energetic personality and gave audiences an intimate look at the people, places and businesses that make this city such an amazing place to call home.

Now, with her nose on the news, Lois gives viewers a running start on their day with the latest, breaking news on CTV Morning Live.

Honors Bachelor of Medical Sciences, The University of Western Ontario

Lois gives back as a frequent emcee and host for various charitable organizations, including the MS Society of Ottawa and Immigrant Women Services Ottawa, and she was also a WaterCan Champion.