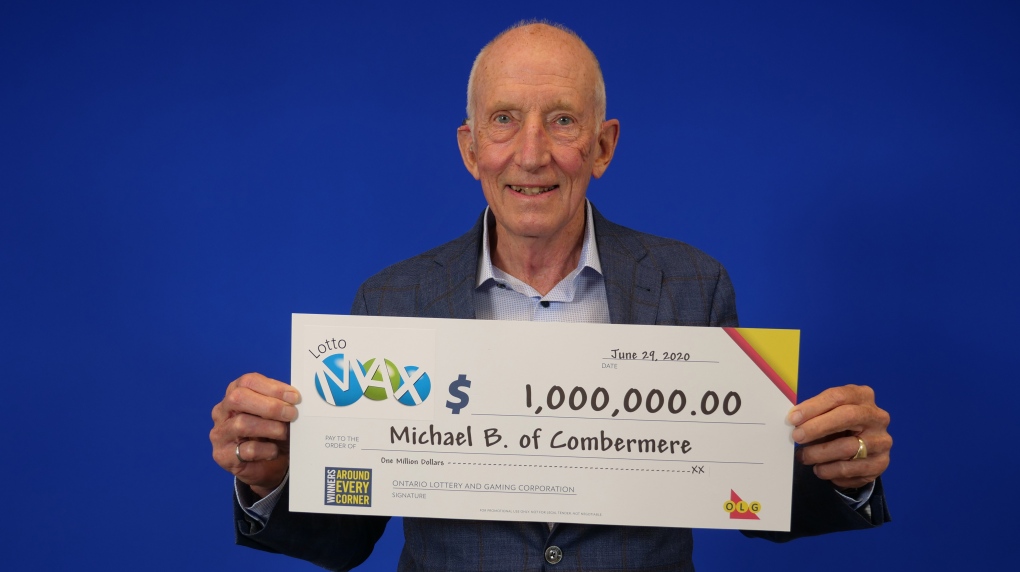 OTTAWA -- An 82-year-old man from Combermere, Ont. is one million dollars richer after his Lotto Max ticket won a Maxmillions prize, the Ontario Lottery and Gaming Corporation (OLG) said Monday, in a win that came about because of a mistake at the cash register.

Michael Butt said he had gone in to buy a Lotto 6/49 ticket but the cashier mistakenly printed a Lotto Max ticket for him. It was that ticket that won the April 7 draw.

"This wouldn’t have happened without [the cashier]," Butt is quoted saying in an OLG press release. "I was there to buy a ticket for the Lotto 6/49 draw and she selected the wrong draw and printed a Lotto Max ticket."

Butt said he tipped the cashier who sold him the ticket when he went to validate it after learning he had won.

OLG prize claims for tickets over $50,000 can now be collected in-person in Toronto by appointment only. The corporation is reaching out the prize winners to schedule appointments.