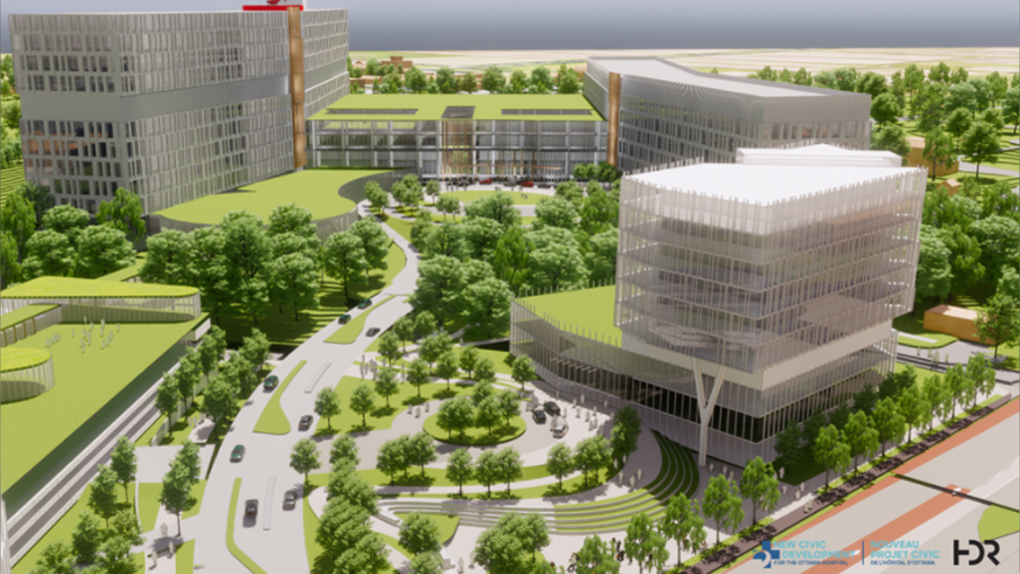 The city of Ottawa’s finance and economic development committee has taken a first step toward providing $150 million to the Ottawa Hospital to help pay for the new Civic Campus.

A report prepared for the FEDCo meeting Tuesday recommended that committee approve the financial framework and guiding principles for developing a response to the Ottawa Hospital’s request for funding from city hall.

The four "guiding principles" to support the work and recommendations are:

The report says the "minimal to no burden to the taxpayers" means not increasing property taxes and ensuring the city maintains tax increases as approved by council.

The $2.8-billion project to build a new, state-of-the-art hospital near Dow’s Lake is covered primarily by the provincial government, to the tune of $2.1 billion, but the Ottawa Hospital needs additional funding from other sources. A historic, $500-million fundraiser—the largest in Ottawa’s history—was launched in April to help cover the costs. Remaining funds will come from revenues at the hospital and from the request to city council.

“People are giving enthusiastically to build our new hospital. I hope this committee shares that enthusiasm,” Greenberg said.

Greenberg suggested there could be consequences if the city does not come through with the funding.

“Our situation is very simple: we either raise the local share or the province drops us down to the bottom of the list; there’s nine other hospitals that are on this list and we’ll drop down to the bottom and they’ll come back to us in 20 years from now and ask us if we’ve changed our minds,” he said.

“We believe that given the extraordinary importance of our new hospital to the health of each and every Ottawa citizen, to our parents, our children, and our grandchildren, that the city of Ottawa has an obligation to ensure that all of our loved ones receive the best health care possible, and to join TOH, and the province and the federal governments, in investing in our future,” Love said.

The decision must still rise to full city council on May 11 before it is officially approved. Final decisions, however, will have to wait until the next term of council following the Oct. 24 municipal election. Staff will report back in the new term with options on how to fund the $150 million request.

The city of Ottawa's $150 million contribution would not be required until substantial completion of the new hospital in 2028.

Since amalgamation, the city has never contributed cash for the local share of hospital construction.