MERRICKVILLE, ONT. -- A small eastern Ontario village celebrated the Christmas season on Saturday, with people excited to get out, support local and get a jump on some Christmas shopping.

"It's bigger than last year, not as big as in previous years, but working our way up there again," said Yves Grandmaitre with the Merrickville-Wolford Chamber of Commerce.

"Christmas in Merrickville is always a big day, always exciting, stores are decked out, the village is decked out with a Victorian theme this year," Grandmaitre said.

While Main Street was open to vehicle traffic unlike previous years, there was still lots to see and do.

"Unfortunately, we weren't able to open the road this year our concerns still around COVID," Grandmaitre said. "We wanted to make sure (to) reduce the crowds, the big crowds and reduce the concerns around the kids as well."

"We have carollers going around, Santa Claus will be here after lunch, the Lions Club are dishing out cider and hot chocolate," he added. 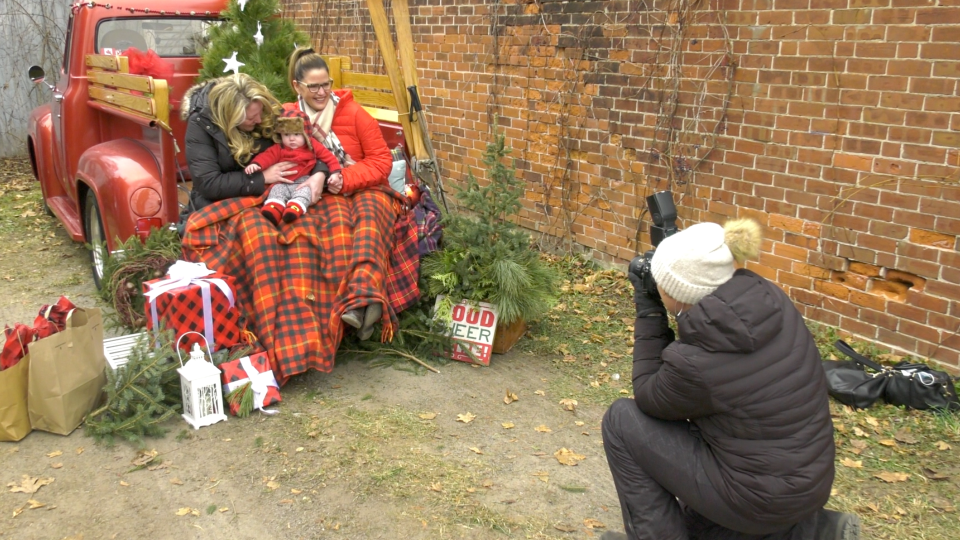 Pushing local, a key initiative this winter, and the chamber is running a promotion over the next few weeks where someone could win a $1,300 shopping spree on Dec. 19.

"It's been going very good, we've been collecting all kinds of ballots and people are really excited about it the stores are excited and it's a great way to encourage shop local," he added.

Lianne Kulp-Aultman says it's been a busy morning.

"We know most of the residents now because our own tiny little village has been so supportive of the products we hand make in our own town," Kulp-Aultman added.

"We're really proud to be part of such a great artisan community where a lot of really amazing brands are crafted right here within walking distance of the shops." she said. 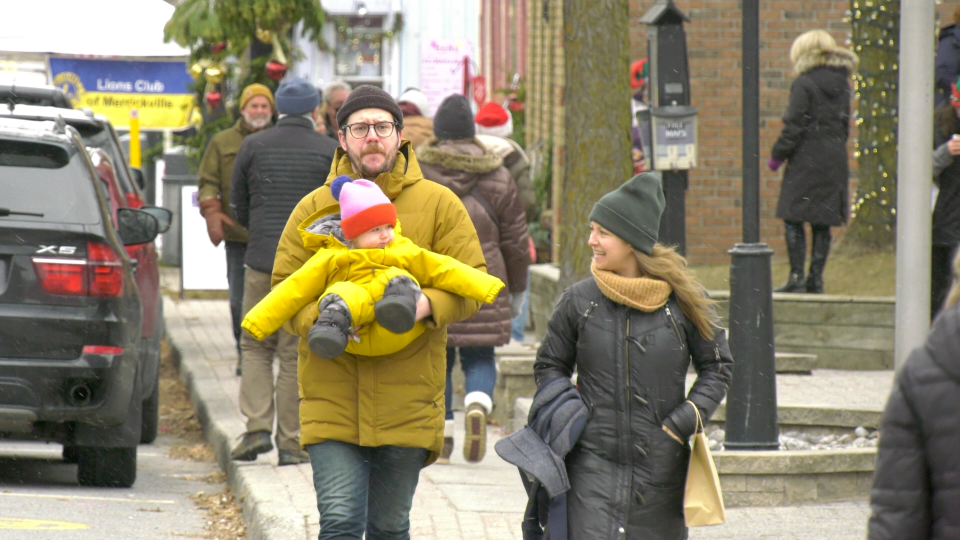 Along the streets, shoppers came from all around to get a jump on Christmas shopping.

"We were just looking around, we heard there was a Christmas market and we came from Ottawa and it's awesome," said the Parsons family.

A group of women from Brockville enjoyed a girls' day out.

"It's amazing, festive, it's nice," said one woman. "It's really festive. I'm telling people to come. It's really fun."

"We just started (Christmas shopping) yesterday," said Elie from Smiths Falls. "We found a lot of great stuff in wick witch and we just went down to the vinyl shop. It was awesome too."

"That's one thing which is nice for the shop local program, it's really to encourage people from Brockville to Kingston to Prescott to Ottawa to come down and take advantage of our stores and the variety that's available within just a few blocks," said Grandmaitre.

It seemed the only thing missing was a little snow to set the scene.

But Mother Nature took the hint and began transforming the village into a winter wonderland around 12 p.m.

"It's just a nice holiday feel, the spirit of the season, Merrickville's really captured it today," said Kulp-Aultman.

"There's all kinds of opportunity for some great pictures and some great shopping," said Grandmaitre.

A large Christmas tree was lit up at 5 p.m. to celebrate, with stores staying open until 7 p.m.

For more information on the shop local promotion, visit the Merrickville-Wolford Chamber of Commerce website.