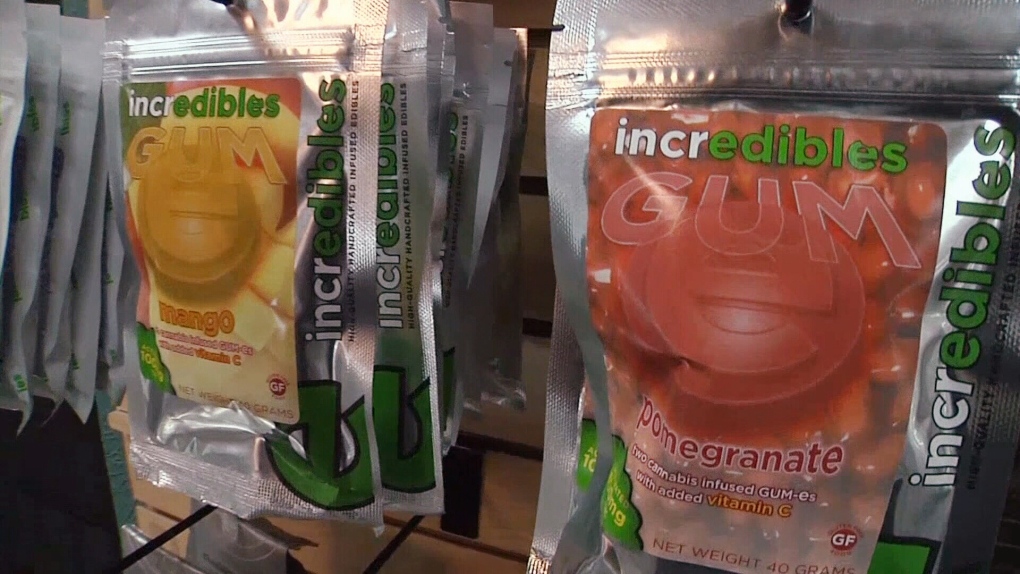 OTTAWA -- CHEO is urging families to take steps to store cannabis safely after an increase in the number of children visiting the Emergency Department after ingesting edible products at home.

New statistics show that in the May to July period, there was an 85 per cent increase in the number of children and youth visiting CHEO's Emergency Department after consuming edibles, compared to the same period in 2019.

In addition, the total number of ER visits at CHEO due to cannabis ingestion tripled in the May to July period, compared to May to July 2019.

During an interview with CTV News Ottawa, CHEO emergency physician Dr. Melanie Bechard said it's hard to say what has caused the increase in visits just by looking at the statistics.

"In my mind, these cases are all preventable. Even one child presenting to the Emergency Department after being exposed to cannabis is too many. We do have the ability to have childproof containers, to store them out of reach and to carefully supervise children."

Dr. Bechard says it's difficult to say whether the increase in visits is linked to edibles being widely available now in Ontario, because children are home more due to the COVID-19 pandemic or "likely, due to some subset of a number of factors."

Children under the age of 13 made up more than one-quarter of edible-related visits to CHEO's Emergency Department in the May to July period.

"What's really striking is that for May to July 2019, no patients under the age of 13 presented to the Emergency Department due to cannabis," said Dr. Bechard.

On Thursday, Health Canada warned parents it has received several reports of children accidentally ingesting illegal edible cannabis products and "experiencing serious harms resulting in hospitalization." The health department said the products appeared similar to regular candies or foods and were stored in locations such as the fridge or freezer and without child-resistant packaging.

CTV News Ottawa asked Dr. Bechard what symptoms parents should watch out for if a child ingests an edible at home.

"The classic presentation of what we see in young children who are exposed to cannabis is a decreased level of consciousness," said Dr. Bechard.

"These children are very drowsy; they're very difficult to rouse, a very persistent sleep, which of course is very concerning for their parents and concerning for emergency physicians as well."

Dr. Bechard adds the recovery for children after ingesting edibles varies, depending on the patient and the situation.

"Some children might be very drowsy for a few hours, and then will be back to normal. There are case reports in the literature though of children having more severe effects, mainly seizures, even in children who have had no prior history of seizures. And also being so drowsy and having such a decrease level of consciousness, that we need to intubate."

If you suspect your child has ingested a cannabis edible, you are urged to contact the Ontario Poison Control, which will instruct parents what to do.

"If you suspect that your child has ingested a cannabis edible, please do bring them to the Emergency Department and please do let us know. We're not here to judge, we really just want what's best for you and your child," said Dr. Bechard.

Dr. Bechard says most children treated at CHEO after ingesting edible products found in the home have been able to have a full recovery after a few hours of observation.

Cannabis edibles were legalized in Canada in October 2019. Edibles were available to purchase in Ontario starting in January.

In order to stop children from ingesting cannabis, Dr. Bechard says CHEO wants parents to be mindful of where edibles are stored and talk to their kids about the dangers of edibles.

"We would love to see all cannabis edible products treated in the same way that families often treat dangerous medications. Mainly, making sure that they are in a childproof container, that they're on the highest shelf, ideally in a locked cupboard and always supervising young children as carefully as we can."