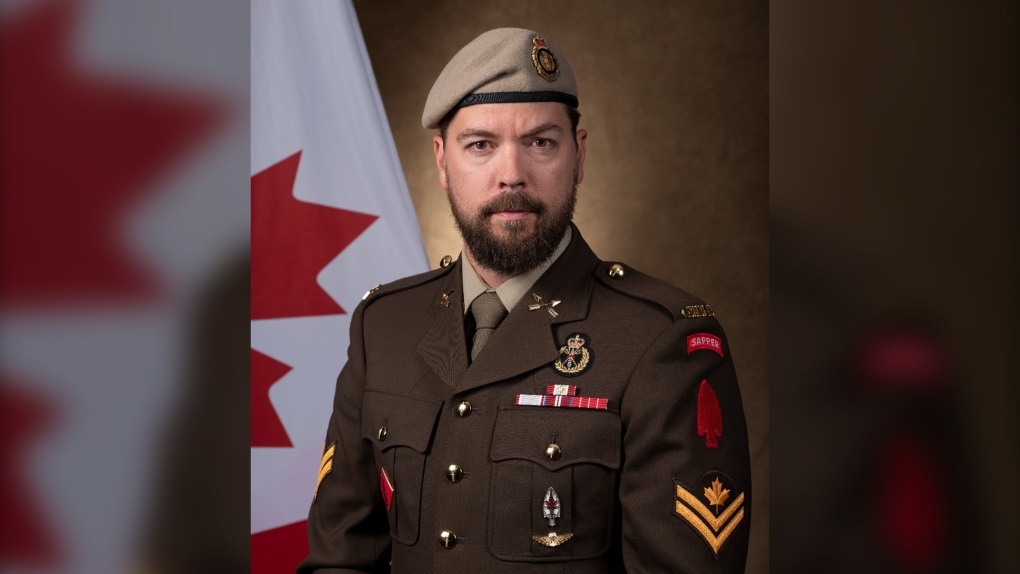 This Remembrance Day is set to be special for Master Corporal Vernon Taylor.

The Canadian Special Operations Regiment member out of CFB Petawawa has been selected as one of six armed forces members from across the country to stand guard at the war memorial in Ottawa at the National Remembrance Day ceremony.

"This is probably the most public-facing honour I've ever received, and I feel very lucky to be here," Taylor said to CTV News, standing at the foot of the National War Memorial.

"Standing sentry here on Remembrance Day is a very big deal. And this is an opportunity to represent all Canadians that have served and have passed away in service to our country, and I am very honoured to be doing that."

The statuesque duty is performed by Canadian Armed Forces members at every memorial on Remembrance Day where ceremonies are held. Those selected to stand vigil at the national ceremony are chosen based on deployment experience, community involvement, physical fitness, and their record of conduct.

"During the actual service we'll be standing vigil over the National War Memorial and participating in the ceremony that way," says Taylor. "We're symbolic sentries over the war memorial during that time."

Taylor has served his country since 2009, being deployed six times. He has been a resident of the town of Petawawa for the last 12 years, a community known for its close connections to the local armed forces base.

"I think Petawawa should be proud of being a military town year-round. It is an honour to be from Petawawa and represent Petawawa at this national level."