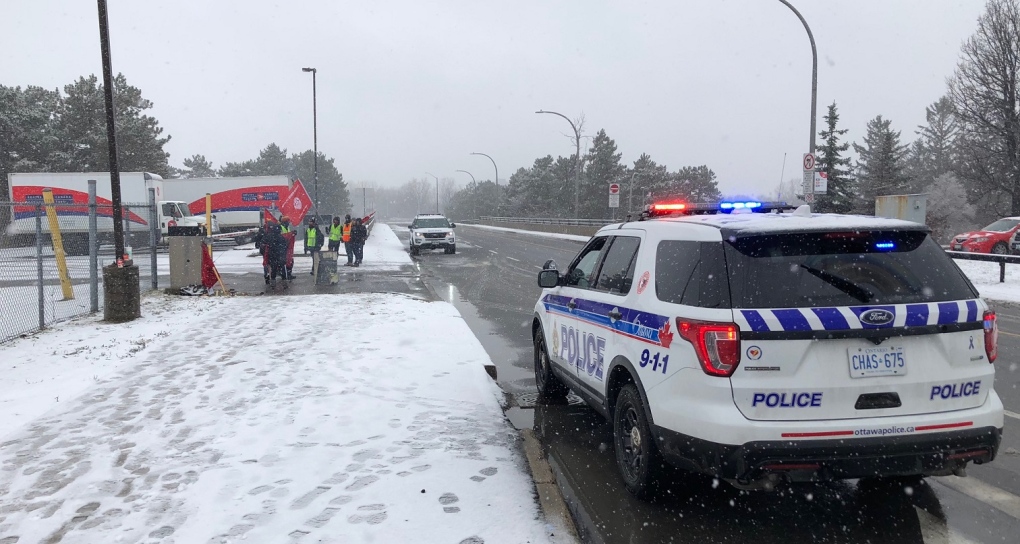 No arrests were made.

The Crown Corporation warned of possible delays in service after the protests started.

The protesters appeared to be sympathetic to the Canadian Union of Postal Workers, and did not appear to be postal employees or CUPW members.

At least one banner for the "Revolutionary Communist Party" could be seen. There were also flags for the Industrial Workers of the World.

This protest is one of many similar protests around the country that follow the federal government’s move to legislate striking CUPW members back to work after five weeks of rotating strikes.

Canada Post said there were also protests in Hamilton and Oshawa Monday. A weekend protest in Halifax ended in six people being arrested.

We can confirm individuals are illegally delaying the movement of mail/parcels at our Ottawa mail processing plant. We’ll continue to take appropriate actions to address illegal activity impacting the collection & delivery of mail/parcels.