A Brockville family is looking for a place to stay after a devastating house fire earlier this week. And while everyone is safe, it could be months before they are back on their feet.

On Thursday, as Mike and Kirsti Bakker assess the damage to their home northeast of the city, she lets out a gasp and starts to cry.

It's the small victories, like finding their wedding photo untouched, that have the family holding on to hope.

"It's filled with soot, smoke, everything's melted, it's a mess," said Mike Bakker, describing the damage to the upper level of their home.

Their son Owen was cooking dinner just after 6 p.m. on Monday when Kirsti received the frantic call saying the home was on fire.

"He was mashing the potatoes and he heard the pop and that's when he went around and the couch was already up to the ceiling in flames," she said. "That fast."

While the outside of the home looks relatively untouched, everything upstairs is a total loss, including Owen's new gaming computer he bought with his own money just weeks ago.

Investigators are trying to determine a cause, and they have a theory.

"This couch right here, which had an electric motor in it to move the foot rests up and down, they believe it may be where the fire originated," Mike said, pointing to what remains of the couch on the front lawn. 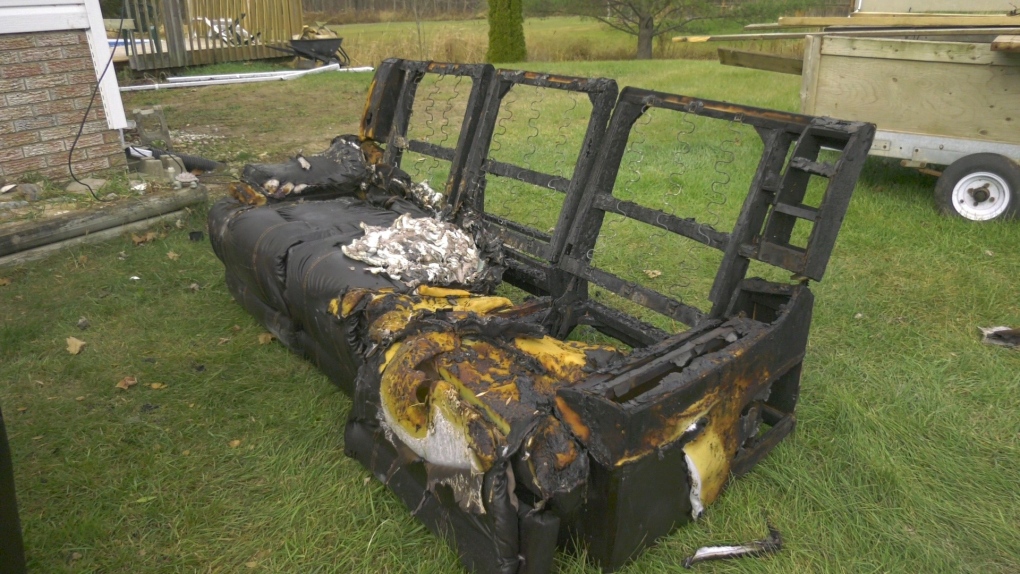 What remains of a motorized couch that is being investigated as a possible cause of the fire. (Nate Vandermeer/CTV News Ottawa)

Celebrating his birthday on Sunday, the gift from his four children, a new wheelbarrow, still sits on the living room floor, unassembled and charred.

Fortunately, the family did have insurance, but they have been told it could take up to one year before they are able to move back into their home.

The family of six includes their 25-year-old son Liam with special needs. He was escorted out of his downstairs apartment when the fire started and is OK.

Finding a place to stay for the entire family however, is proving to be difficult.

"The fact that this is going to be a year means nothing to me. I need my family together in one home," Kirsti said. "That's all that matters." 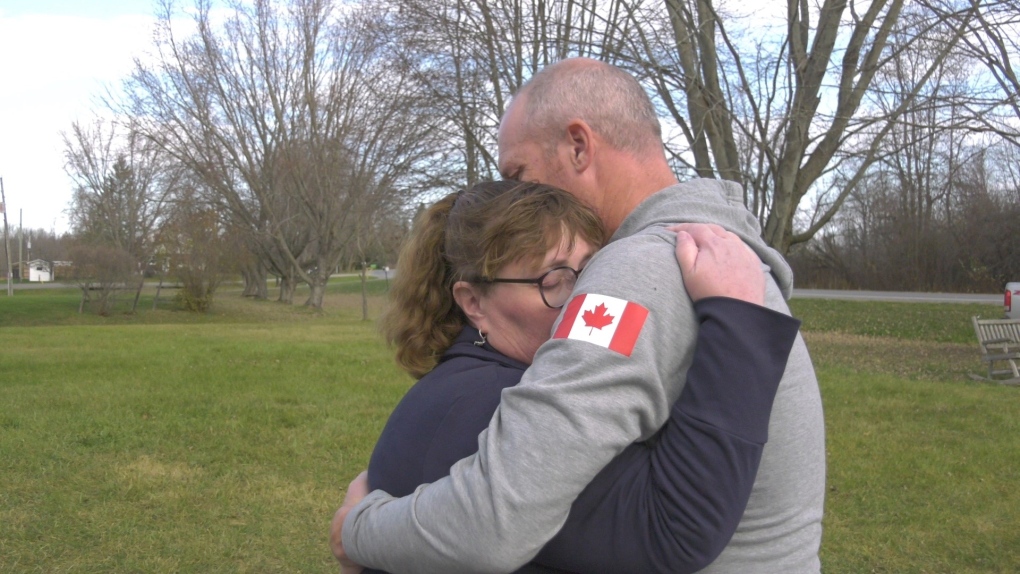 The Bakkers have been separated since the fire, staying in hotels and with family and friends until they can find a place where they can all stay together.

"We will get through it, there's no doubt about that," Mike assured. "It's just going to take some time."

"I think once we're all together, that will be easier and then we can move on to the next step, whatever that is, of just kind of healing and moving on," he said.

While everyone made it out of the house alright, Owen did suffer smoke inhalation and had to have glass removed from his foot after his best efforts to try to put out the fire.

The families two dogs also survived, but they lost one of their three cats and their fish in the blaze.

"This is all very overwhelming," Mike added. "The only thing I have is just to say again, we really need to somehow stay together."

"You've just got to find the silver lining in everything and we're alive," said Kirsti. "And we will be together somehow. I just have to have faith that that's going to happen."

The family says anyone looking to help can contact Kirk Perry at the Brockville Wesleyan Church. 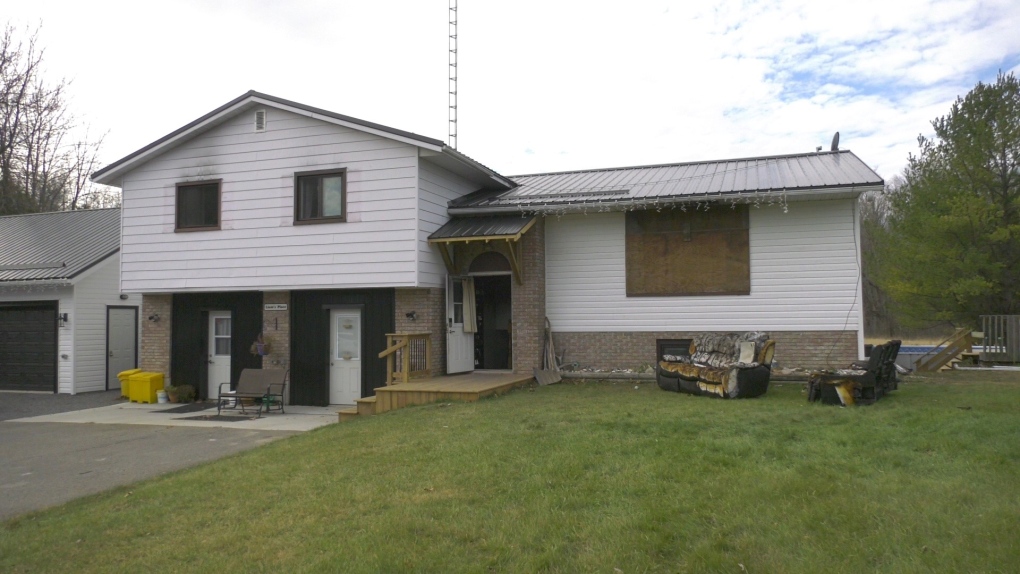