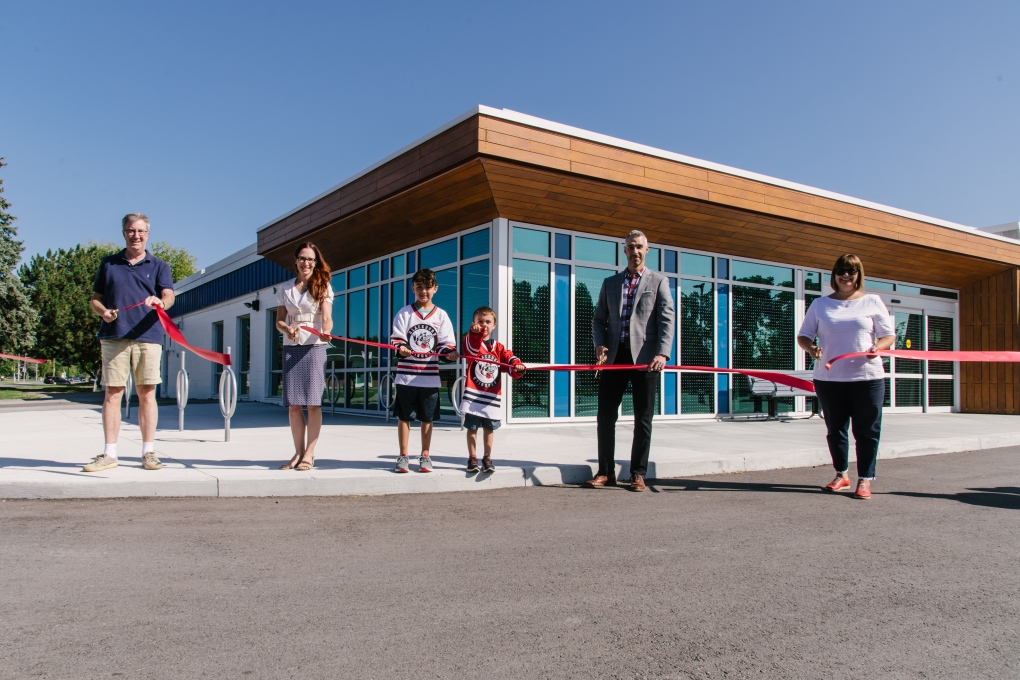 OTTAWA -- The Lois Kemp Arena in Ottawa's east end reopened on Saturday ahead of the start of hockey and skating season.

The city of Ottawa unveiled the renovation and expansion work at the Blackburn Hamlet arena on Saturday, following nearly $5 million in work.

The expansion work included a 6,700 square-foot addition on the south side of the arena and a 6,000 square-foot renovation of the existing building.

The new features include:

In a statement, the city said the new dressing rooms have enhanced showering facilities with accessible showers, and a deep accessible seat with grab bar in the washroom.

The entire renovation and expansion project was designed to meet LEED Silver certification and the city of Ottawa’s Accessibility Design Standards.

The official opening ceremony with the first-public skate on the ice surface will be announced in the coming weeks.

Council approved renaming the former Blackburn Arena as the Lois Kemp Arena and naming the rink inside the arena as the Eldon Kemp Rink back in 2019.