OTTAWA -- Ottawa Senators fans are celebrating the team's massive comeback Monday night, which just happened to be against their biggest rivals, the Toronto Maple Leafs.

The Sens have been in this position before, trailing by four or more goals 241 times in the regular season throughout franchise history. This is the first time they’ve come out victorious, with a 6-5 win in overtime.

“It was a great game to watch for sure,” said lifelong Sens fan Yann Audet-Young. “Definitely a little sloppy to start but they just really came back and played a really, really great third period.”

Audet-Young watched the game with his roommate Jeremy Desjardins, who is also a massive Sens fan.

“Very encouraging to see the boys come back,” said Desjardins. “When they got another one on us, I thought the game was over. But it's the last thing you have to think with the pesky Sens. It was really nice seeing all the boys contribute and get a win out of it.” 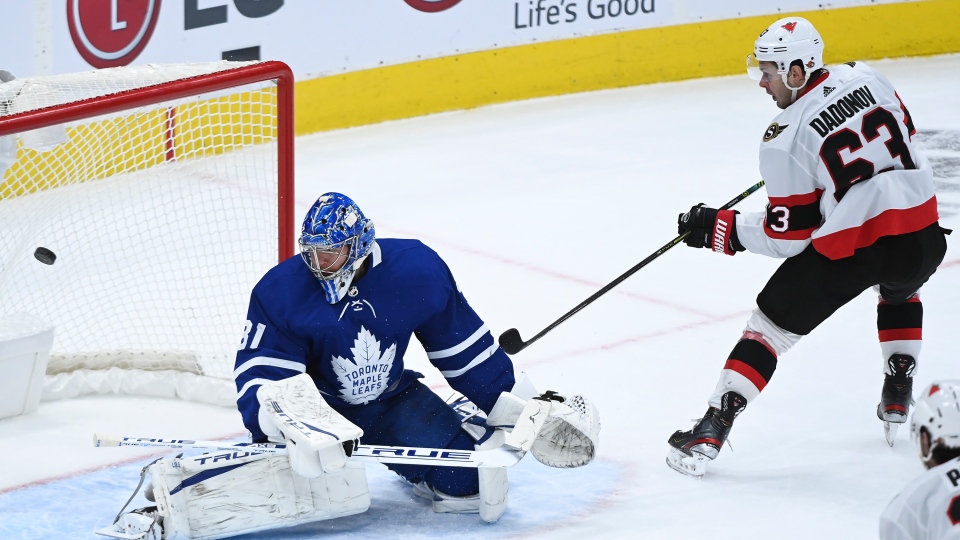 The Leafs currently sit in first place in the North Division, while the Sens are dead last. Had this win been against any other team in the NHL, it wouldn’t have meant as much, the fans said.

“I think the rivalry brings out a lot in the Sens for sure. Maybe the Leafs didn’t have enough gas in the tank for us,” Desjardins said. “It’s always nice to see a good rivalry go, especially with that big disparity in the standings.”

This is all happening as outdoor hockey returns to rinks in Ottawa, now that the stay-at-home order is over.

“You know what, it's a big deal for us,” said Desjardins. “Especially with a lockdown going on, this has been a lot of the activity for us to kind of get out of the house. It’s one of the only things we had left. So, it's very nice to have it back and to get everyone out there and get some physical activities and clear our heads a little.”

The Leafs are still way out in front and it will be a long season for the Senators, but last night, fans said it sure didn’t feel that way.

The Leafs host the Senators again Wednesday at 7 p.m.