Tens of thousands are expected to attend the Carp Fair this weekend, which bills itself as the ‘Best Little Fair in Canada.’

“We’re skipping school today because it’s the first day of the Carp Fair,” one attendee says.

Despite a cool fall day, hundreds of kids had the same idea on Friday. When the Carp Fair is in town, school comes second.

“It’s amazing to just hang out with your friend and have fun and go to vendors and just see everything around,” another attendee said.

With pandemic restrictions lifted, the Carp Fair is back on its usual grounds with a midway, food favourites, and of course, agricultural attractions including a heavy horse show, antique auctions and a rawhide rodeo.

“It’s great,” says Brent Palsson, Carp Fair agriculture president. “We were just standing here watching people come though the gates this morning and it just makes you smile. Because kids are skipping in and running to see the different attractions. And we’ve missed it for the last two years, so it’s great.”

This year, there are some new rides that are fan favourites like The Freak Out. 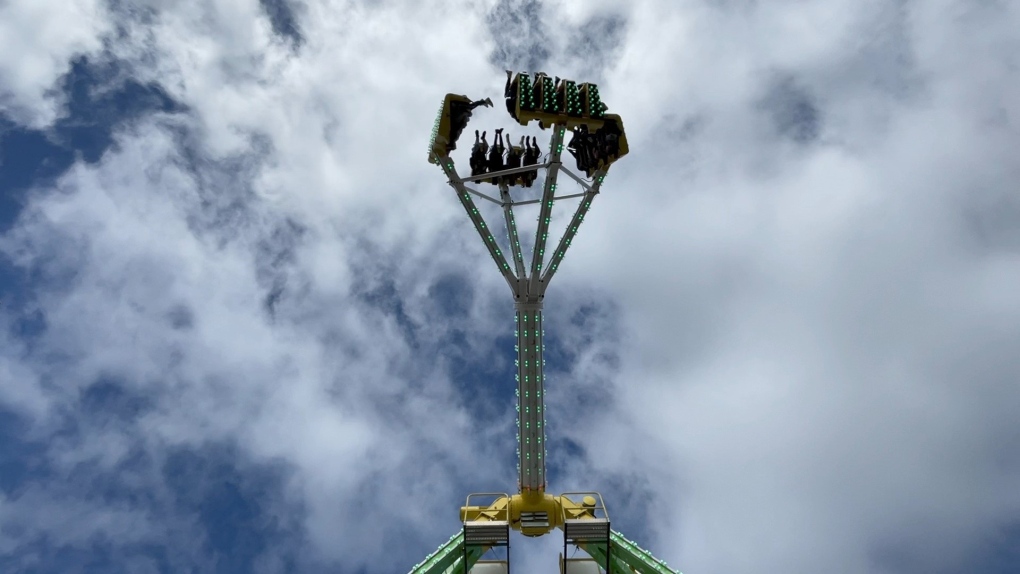 Although the fair has lots of crazy rides for the thrill seekers, there are still the classics for younger kids like the merry-go-round and the tiny train, along with dozens of games to test your skills.

This year marks the 159th edition of Carp Fair, which started in 1863.

“Everybody has a good time,” says one mom. “All the things, the rides, the food, the games, the horses.”

Some are returning to the fair after more than two decades.

“It’s amazing. It’s bigger than all the other fair’s. It’s nice,” says one man, who said his last time at the fair was about 25 years ago.

But for most here, its about spending time with friends.

“It’s just, with my friends, it’s so much fun,” one person said.

The Carp Fair runs until Sunday at 6 p.m. You can buy tickets online or in-person at the gates.

Health Canada approved on Thursday the use of the Pfizer-BioNTech COVID-19 booster vaccine that targets the BA.4 and BA.5 strains of the Omicron variant. It is the second combination vaccine greenlighted by Health Canada's vaccine review team, but the first that targets the virus strains that are now most common in Canada

The battle to save a part of Juno Beach in France from development is over after the Canadian government announced it would pitch in to buy the land and prevent the construction of a condo on the historic battlefield.

Who is Danielle Smith? UCP leader and Alberta's next premier

The United Conservative Party has placed Danielle Smith, the former leader of the now defunct Wildrose Party, at the helm as it looks to solidify support ahead of the next provincial election.

What are BA.2.75 and BQ 1.1? The two emerging COVID-19 subvariants raising concern among infectious disease experts

Two new subvariants of the Omicron strain of COVID-19 identified in recent months could fuel increased cases and hospitalizations in Canada through the fall and winter, infectious disease experts say.

An Ottawa police officer pleaded guilty to misconduct for donating money to 'Freedom Convoy' fundraisers during the protest in downtown Ottawa.

Teachers will soon be asked to teach toothbrushing 101 in Quebec, raising workload concerns

A tooth-brushing program that is soon to be phased in across Quebec in elementary schools is raising concern among teachers because they’ll be the ones called upon to supervise the students as they clean their teeth.

The number of people hospitalized with COVID-19 has reached a two-month high in Ontario, as most public health indicators now point to a fall resurgence of the virus.