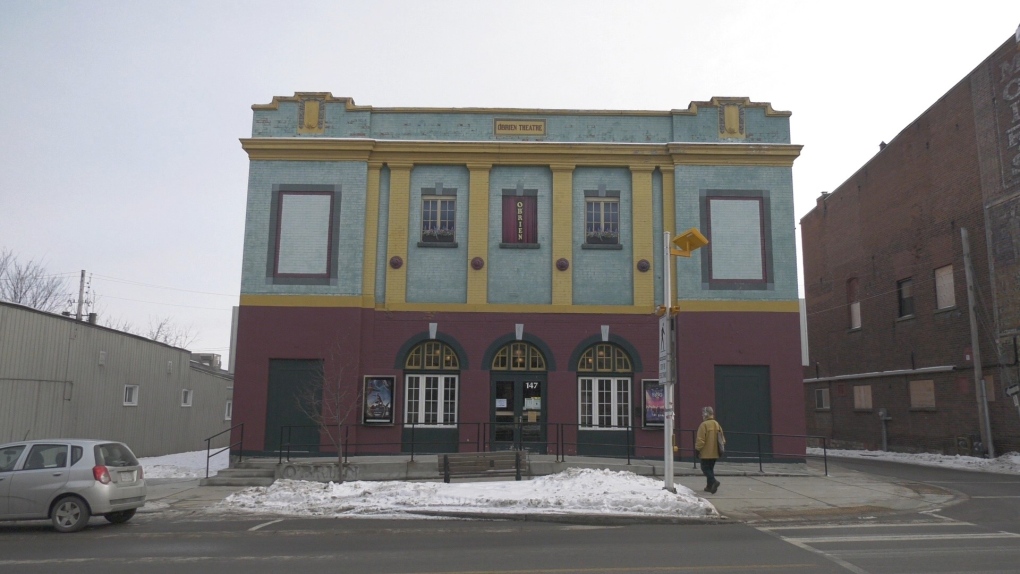 It was on Sunday, Dec. 19 when owner Kevin Marshall feared he might have to close Arnprior's historic O'Brien movie theatre for good.

The Ontario government had just imposed new COVID-19 restrictions, and currently movie theatres are not able to serve food and drinks until after the movie has played. It was a financial hit Marshall thought the theatre could not sustain.

"Every theatre relies on their snack bar sales, that's what drives business. The admission cost mostly goes to the distributor," Marshall tells CTV News Ottawa. "I had basically a couple months worth of revenue left, and then I would have nothing else left to beg, borrow, or anything."

The O'Brien Theatre fought its way through previous restrictions of 50 per cent capacity and selling takeout popcorn when theatres were closed entirely. But at a cost of $6,000 just to keep the building open before putting a movie on the screen, Marshall estimated the theatre could survive just two more months without snack and drink sales.

That weekend Marshall outlined the grim reality of the beloved Arnprior theatre on Facebook.

Upon reading the news, local resident Chris Couper, who runs the large community Facebook group "What's Up Arnprior", created a fundraiser for the movie theatre, calling on the community to keep the doors open.

"I know just in general for the town it's one of our local treasures; everyone in town goes to the theatre," says Couper. "I decided to kind of use my platform to help publicize this and I never expected it to go as big as it actually has."

The initial goal was $12,000 - enough to keep the theatre open for at least another two months. Within two weeks, members of the community had donated nearly $30,000.

"Oh I think that's what small town is about. Everybody is supporting this place and it will probably still keep coming," said Jennifer Morgan, a lifelong Arnprior resident who was attending a Thursday matinee. "People don't want to see the place close down."

"Didn't surprise me when I heard it because I know people in this town love the theatre," adds Ken Adams, who was also attending the theatre Thursday. "When it was closed 100 per cent, they still had the takeout popcorn and drinks. We would watch movies at home but get our popcorn and drinks here."

Marshall says the outpouring of money has been extremely moving, as has all the comments of support under his post.

"With the extra money now at this point it means I'm not going to lay anybody off," says Marshall.

A sea of red and white is expected to converge on downtown Ottawa and LeBreton Flats today to celebrate Canada's 155th birthday.