Answers to your questions about Ottawa's real estate market

OTTAWA -- The spring market is always the busiest for real estate in Ottawa.

Forty per cent of sales typically occur during a four-month window.

Taylor Bennett, of Bennett Property Shop Realty, is a regular contributor on CTV News at Noon.

Bennett says that so far this year, the numbers are on par. The market is still incredibly hot and competitive.

“With all the changes we have had to endure over the last while and the unusual growth we have seen in the market, even your most experienced home sellers and buyers have questions. And if you're looking to enter into this hot and high-paced market, you want to make sure you have your answers in advance,” says Bennett.

YOUR MOST COMMON REAL ESTATE QUESTIONS ANSWERED BY TAYLOR BENNETT: 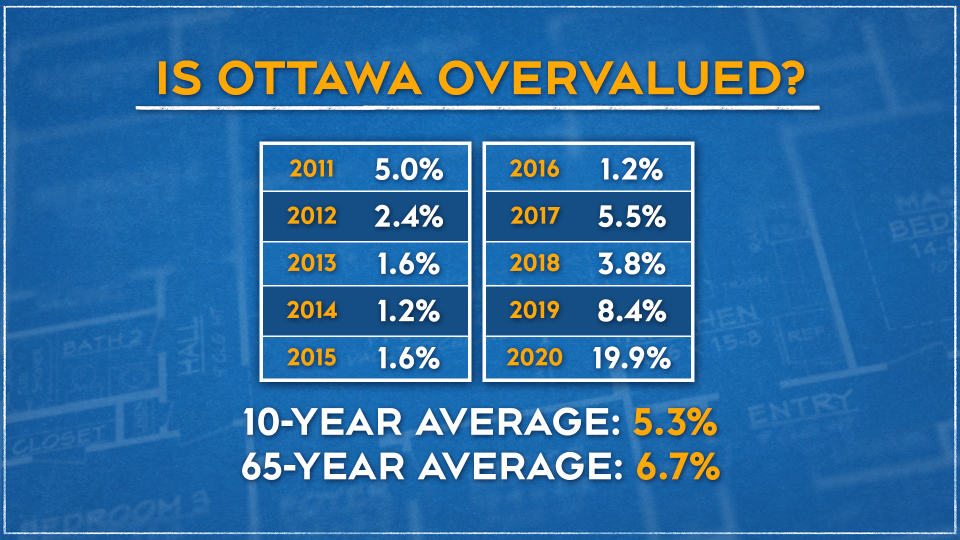 “With the tremendous growth we have seen over the last 20 months or so, it's only natural to question the sustainability of the increase. A look back at Ottawa's market over the last 10 years will show you a different picture. While Ottawa typically grows at 6.7 per cent annually, between 2012 and 2016, Ottawa's average growth was less than two per cent (1.6 per cent to be specific). In previous years, when Ottawa experienced less than average growth, we often saw the market rebound with a price jump in the following years. This looks to be the case yet again.”

Should I sell or buy first?

“While this may seem like an obvious answer, with the inventory so low it can be a challenge to find a suitable home so, logically, you should start with that. Ninety per cent of the time, this is true; however, due to the market conditions, I have been involved in untraditional negotiations with a six-month closing date being agreed upon. Most closing dates are 45 to 75 days after the sale, but in this new market, new tactics have to be employed and sometimes a lengthy closing date can help both the buyer and the seller.”

When is the best time to sell?

“If you asked me this question three years ago, my answer would be very different, but we began to see the market break from its traditional 'hot spring, cold winter' cycle in 2019. In years past, we would normally see a buzz of activity as the weather improved and that would settle down by the end of summer, then gradually slow down as the colder months approached, only to repeat the following year. But as we started to see the inventory levels drop more than two years ago, we saw prices continue to climb month after month. Selling a home today is less about timing the market as it is about showcasing your home, and not all homes look their best in the spring. “ 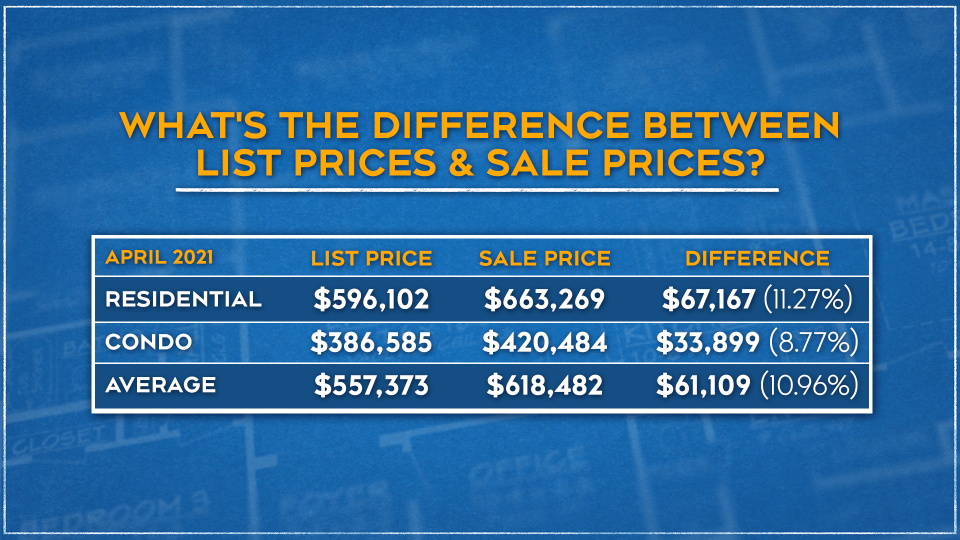 “In previous years, when the market was balanced (e.g. when the number of buyers and homes on the market were approximately the same), sellers would add one to two per cent to their desired selling price, so it was fairly easy and predictable for buyers to stay within their budget. Today, most of us are likely all too familiar with the terms 'bidding war' or 'multiple offers'. A common tactic among sellers is to deliberately underprice their property to generate maximum interest. It's also important to note that not all sellers are underpricing their property by 10 to 11 per cent; that's just the average. Some are using a reverse 'Price Is Right' strategy ("I'll bet $1, Bob") and pricing it more than 20 per cent lower than market value, while others are still using a more traditional pricing strategy. In short, buyers can't use listing prices for guidance; they should have a professional agent help them decipher the real selling prices.”

What happens if a buyer can't close?

“Luckily, it's isn't an overly common occurrence but it can happen. This would be considered a breach of contract. Firstly, the deposit that the buyer submitted with the offer will automatically be forfeited. This is why it's very important for an ample deposit to be received. Also, there will often be at least a lawsuit, possibly many for several different parties involved; from potentially multiple sellers and buyers, real estate agents, etc. For instance, if the canceled sale resulted in a domino effect causing multiple transactions to fail. For breaches of contract, a party is entitled to financial damages in and around what would put them in the same monetary position they would have been if the contract had been performed. With the rate the market is currently growing, righting this wrong can easily result in a penalty of hundreds of thousands of dollars.”