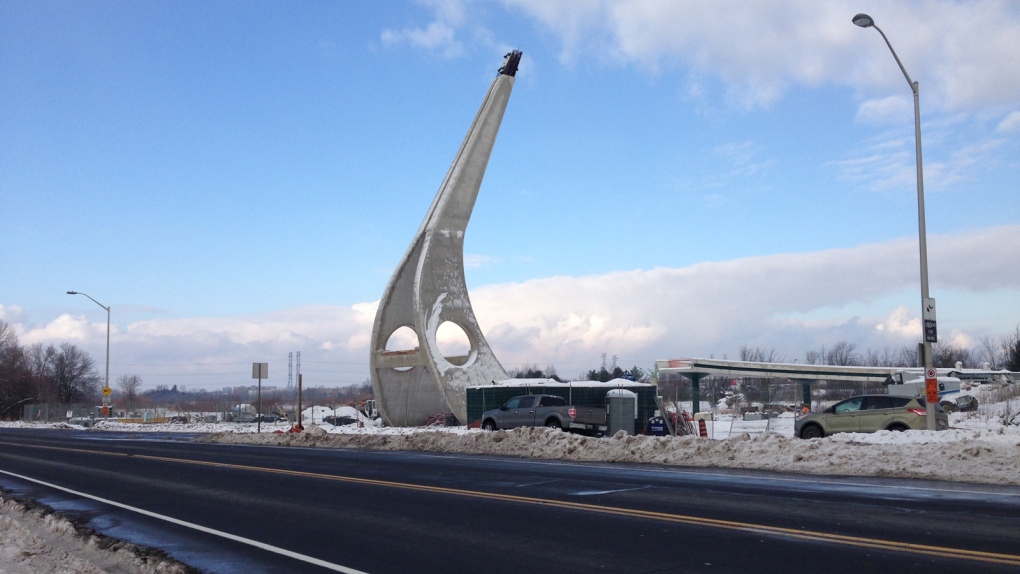 Taxpayers are on the hook for another $4.6 million to fix the troubled Airport Parkway Bridge. A city committee chaired by Mayor Jim Watson approved the extra budget Tuesday.

The bridge was torn down once because of poor concrete. A design flaw forced the city to stop all work on the bridge in early fall. A report by engineering firm Delcan released today spelled out details of the repair job including a new steel deck supported by cables.

The city has also banned engineering firm Genivar from any new contracts for two years. Genivar worked on the new design of the bridge which included an overpass supported by pipes.

Councillor Maria McRae called the bridge "a monument to failure".

The bridge had an original budget of $6.9 million and was to be completed by the end of 2011. The new completion date is now November 2014.