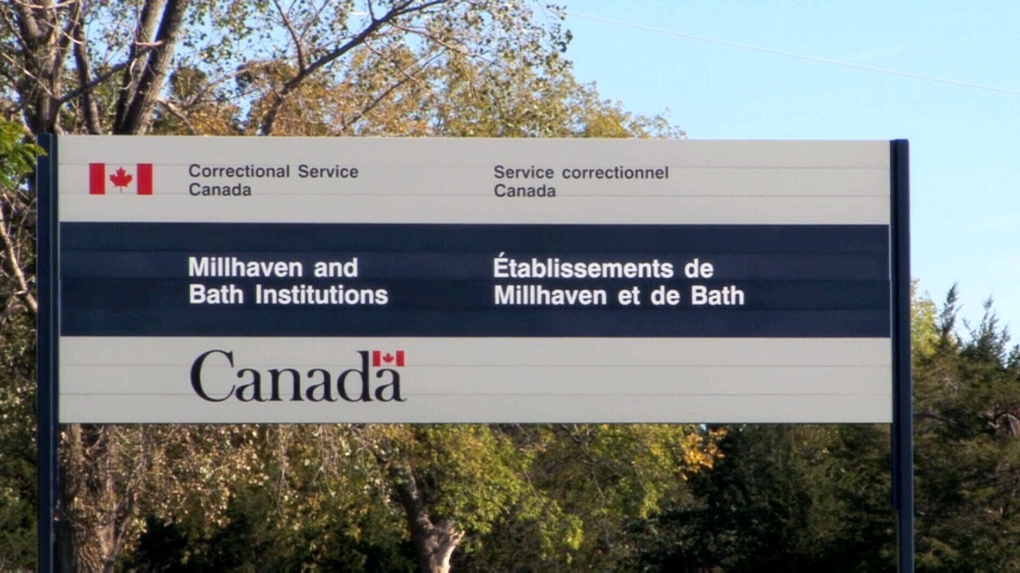 Derrick Snow, 53, is serving a sentence at Ontario's Bath Institution, near Kingston, for breaking-and-entering and theft. The Correctional Service of Canada has granted him a temporary absence, to begin next Tuesday.

OTTAWA -- An inmate with serious health problems will be let out of federal custody after he went to court over fear of contracting COVID-19 behind bars – a move his lawyer hopes will open the door for other vulnerable prisoners.

The Correctional Service of Canada has granted Derrick Snow a temporary absence, to begin next Tuesday, as pressure mounts for officials to release aging and frail prisoners who are more likely to suffer badly from the virus.

"I just got off the phone with Mr. Snow and he is profoundly relieved by this decision," his lawyer, Paul Champ, said Thursday.

Snow, 53, is serving a sentence at Ontario's Bath Institution, near Kingston, for breaking-and-entering and theft. He has diabetes and pulmonary disease and was recently diagnosed with malignant sarcoma.

Snow had submitted an application April 2 to the prison warden for an unescorted temporary absence and, due to the urgency of the situation, demanded a decision by April 10, but he did not get an answer.

He then asked the Federal Court to allow him an absence from the prison until his statutory release date in late July or until the end of the COVID-19 pandemic, whichever is sooner.

"Prisons are environments that are especially prone to the spread of infectious diseases, including COVID-19, and where social distancing and other appropriate preventive measures are not reasonably possible," said Snow's submission to the court.

It said Snow feared his underlying medical conditions put him at heightened risk to become infected with COVID-19 and die if he were to remain in custody while his full arguments played out in court.

A federal inmate at Mission Institution in Abbotsford, B.C., died from an apparent complication related to the novel coronavirus, the prison service said Thursday.

The Correctional Service gave Snow permission to live with his sister in London, Ont., where he will receive treatment for cancer and his other ailments until his July release date.

It noted the absence of violence in his criminal history and the "appropriate supervision plan" in place, including special conditions and a curfew.

The prison service stressed it was approving Snow's absence despite taking "extraordinary measures" to prevent the spread of COVID-19 in federal institutions.

"This decision took into consideration the health conditions of Mr. Snow combined with the potential for having a negative health outcome should he contract this virus."

As a result of the decision, a Federal Court hearing slated for Friday will not take place, Champ said.

Federal lawyers said earlier this week the circumstances were not sufficiently urgent to require an imminent court hearing.

The prison service's decision is clear that low-risk federal inmates who are medically vulnerable can be released under the temporary absence provisions in existing legislation, Champ said.

"We are hopeful that (the Correctional Service of Canada) will now consider using this measure more broadly to facilitate the expedited release of other medically vulnerable prisoners," he said.

"Hopefully, the next vulnerable inmate with a low-risk profile who applies won't have to fight for three weeks and take CSC to court."

Releasing larger numbers of low risk inmates will not only protect those individuals, but it will make the institutions safer for staff and the communities in which they live, Champ added.

Late last month, Public Safety Minister Bill Blair asked the prison service and the national parole board to look at early release for some offenders to prevent the spread of COVID-19.

This report by The Canadian Press was first published April 16, 2020.