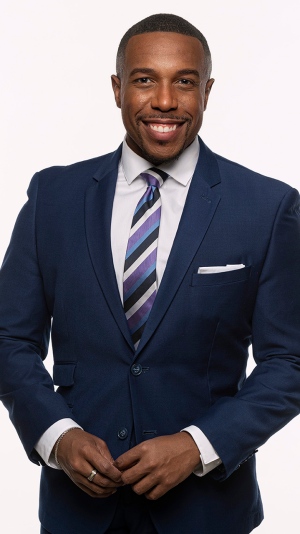 Offering more than 13 years worth of professional newsroom experience, Stefan Keyes is an award-winning journalist currently working full-time with CTV News in Ottawa. Tackling assignments with compassion, Stefan is known for being articulate with the ability to adapt to various work environments. Experience includes: news anchoring, television producing, broadcast writing, live reporting, social media journalism and appearing on national television programs as a panelist on a variety of topics from politics to lifestyle.

Stefan is a 2009 graduate of Carleton University’s journalism program where he also minored in history. He has worked and lived in Calgary where he anchored a morning show for Global News.

Born and raised in the nation’s capital to a single mother, Stefan was a teenager when he first started writing for a monthly newspaper called The Spectrum which catered to the needs and interests of the black community. While still in high school, he produced a 13-minute segment for the former CBC radio program entitled Outfront as a freelancer. He volunteered as an audio board technician for the CKCU radio program called Third World Players while completing his undergraduate degree.

Stefan was also able to launch his career with CTV Ottawa during his third-year of undergrad and has been climbing the ranks ever since. Aside from stellar reporting with a stylish flair, Keyes works diligently to give back to the community volunteering for several not-for-profit groups with a focus on youth, the arts, and the BIPOC community. Stefan’s passion for the community partially comes from the lived experience of growing up in low-income housing and witnessing the hardships that come along with it.

His talents also led him to become a vocalist and actor who has performed for on-screen productions shown around the world; and live audiences in Canada, the United States and Jamaica.