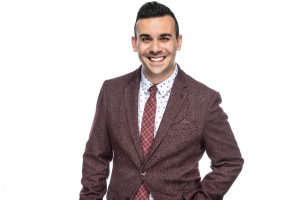 Mike Arsalides is the newest reporter to join the CTV Ottawa team. Coming from a large (and loud) Greek family, Mike dreamed of becoming a broadcaster from a young age. Mike grew up in the Toronto area and graduated from the Radio and Television Arts program at Ryerson University. Mike spent his early years in television working behind-the-scenes in the SportsCentre newsroom as a story editor at TSN and NHL Network. In 2010, Mike realized another childhood dream when he joined CTV Barrie as weekend sports anchor and videographer. In 2017, Mike welcomed a new and exciting challenge; moving to news reporting, covering everything from snowstorms shutting down highways to major court cases and political controversies.

Mike’s true love (besides broadcasting) is his family. When he’s not spending time with loved ones, Mike is wearing his chef’s hat - making gourmet meals. Mike prides himself on giving his time to local charities; having participated in toy drives for CTV’s Toy Mountain and slo-pitch tournaments supporting deserving causes like Easter Seals Ontario.