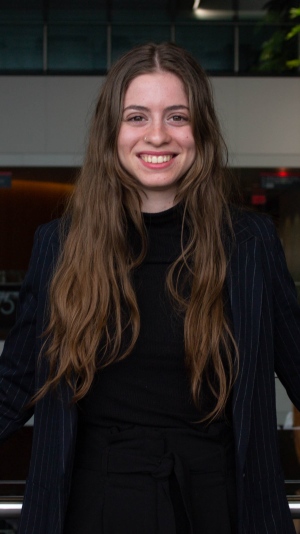 Hannah Berge is the producer of CTV Ottawa News at Noon.

Hannah has worked in several radio and television broadcast roles and has a passion for political journalism and breaking news.

She was previously the producer of Bell Media’s national flagship radio program – The Evan Solomon Show. Shortly after beginning her role on the national show, the COVID-19 pandemic was declared, and Hannah spent the start of her career covering one of the largest global stories in history.

Hannah is a graduate of the Carleton University School of Journalism. During her time at Carleton, Hannah lived in Malawi, Africa for three months, where she supported two non-profit organizations in a communications role.

Hannah loves to play the piano, hike in the Capital region, play soccer, cook, and read.