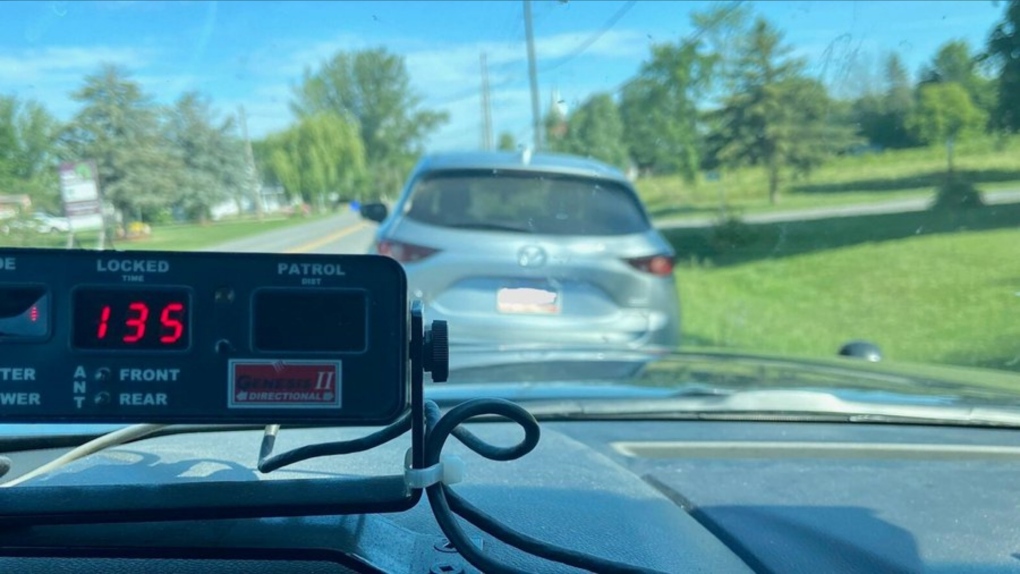 OPP say a driver was charged with stunt driving Tuesday, June 29, 2021, after being stopped on County Road 22 in North Grenville, Ont. (Photo via the OPP / Twitter)

OTTAWA -- Ontario rolls out changes to the province's stunt driving laws today, including stricter roadside penalties for speeding and a lower threshold for stunt driving on municipal streets.

The Ontario Government passed the Moving Ontarians More Safely Act this spring, known as the MOMS Act. The MOMS Act was initially introduced on April 26.

Until July 1, the threshold for stunt driving in Ontario was 50 km/h or more over the speed limit on a residential street.

There is now an escalating post-conviction driver's licence suspension for drivers convicted of street racing/stunt driving:

Ontario Provincial Police say speed-related fatalities are up about 30 per cent this year.

"Aggressive driving is dangerous and is a leading causal factor in fatal motor vehicle collisions on OPP-patrolled roads," said the OPP.

Between May 1 and June 25, officers issued 1,150 charges to motorists, including 57 for stunt driving.

The OPP says the immediate pre-conviction suspension for stunt driving is a seven-day licence suspension, not 14 days as previously stated.