Zack Pelehos of Gananoque, Ont. ready to get started with the Ottawa Redblacks 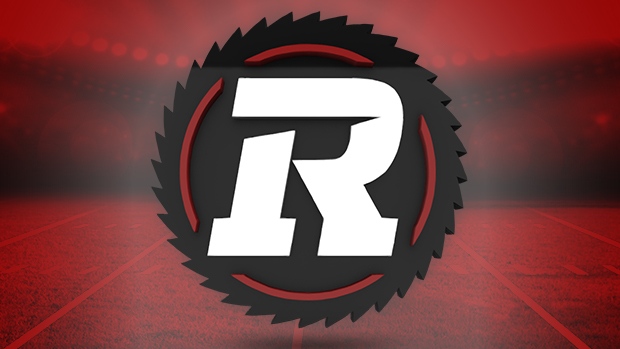 Gananoque, Ont native Zack Pelehos is getting ready for his CFL career.

The 6'6, 296-pound offensive tackle from the University of Ottawa was selected by the Ottawa Redblacks with the second overall pick in the 2022 CFL Draft on Tuesday.

"I'm definitely letting it settle in now and I'm starting to get comfortable with it. Now I'm just preparing everything next week for when camp begins." Pelehos said.

The now former Gee-Gee was a 2021 OUA first-team selection with scouts saying he brings a "nastiness" when on the field.

"When you're playing in the trenches you kind of have to have some sort of an aggression factor behind you." Pelehos said when asked about his playing style.

"At the end of the day you always want to be that bigger dog."

Pelehos was in his hometown at the Mavericks restaurant for draft night along with friends and family. Pelehos’ head coach and defensive coordinator from Gananoque Secondary School, Chad Haffe and Sean Clark organized the event.

Up to 70 people were at the event.

Pelehos said he found out he was selected like everyone else watching the draft.

"I was prepared to receive a phone call, that was what I was informed would happen prior to the draft." Pelehos said.

"When I got picked, I hadn't received a phone call yet which made it just as much of a shock to me as much as everybody else sitting around me. It was definitely a true moment I got to share with everybody else."

Pelehos said he was happy to be with family and friends for the moment.

"I remember one of my friends from Gananoque Secondary School looking across the room and he was shaking his head when the commissioner stepped on the stage and was about to announce the second overall pick and I shook my head no because I hadn't received that phone call yet." Pelehos recounted. "As soon as they announced 'Zachary Pelehos', the whole restaurant went crazy."

"They told me right away they knew exactly who I was. I met with them quite a few times and both times I met with them, it seemed like a good connection. I just wasn't sure it was if it was a second overall pick connection. It turned out to be that way," Pelehos said.

The coaches relayed the plan to Pelehos on the call.

"I know I'm going to get moved into the interior slot, guard, for the first little bit so we'll see where that goes. I definitely feel like I'm going to succeed in that role."

Rookie camps in the CFL begin on Wednesday.