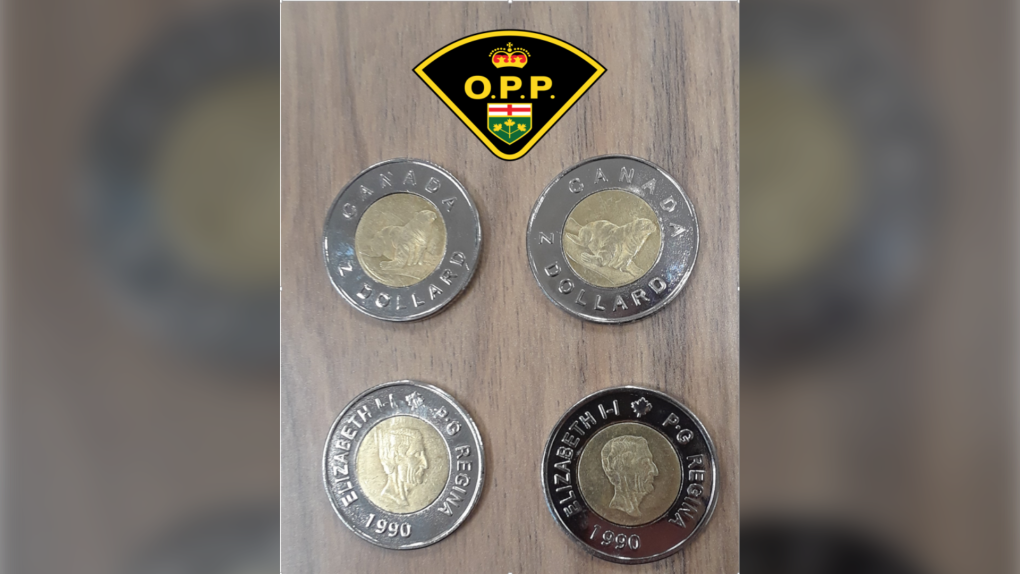 What we know about the victims of the Eastway Tank blast

One person is dead and five others remain unaccounted for after an explosion and fire at a tanker truck facility in Ottawa's south end.

Ottawa Police, Ottawa Fire, the Ministry of Labour and the Office of the Fire Marshal continued the investigation on Saturday into the deadly incident at Eastway Tank on Merivale Road on Thursday afternoon.

"I actually thought it was an earthquake at first," said Coun. Tim Tierney, who was in the area at the time of the fire.

"The ground was shaking and then suddenly, seconds later, suddenly I hear the bang."

On Friday, police confirmed one person had died in hospital. Four men and a woman remain unaccounted for. It's believed they were at the building when the explosion occurred.

Family members have publicly identified two of the victims on social media.

The cause of the explosion remains under investigation. 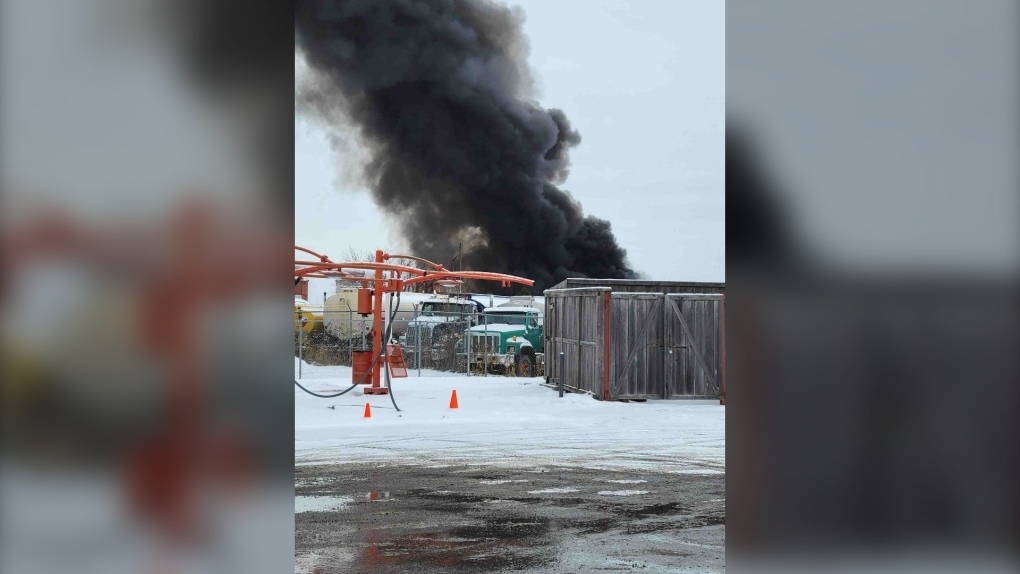 Firefighters are on the scene of a major fire on Merivale road Thursday afternoon. (Viewer photo)

Omicron 'increasing the likelihood' most Ottawans will be exposed to COVID, top doctor says

Ottawa's top doctor warned this week that the transmissibility of the Omicron variant of concern is "increasing the likelihood" most people in Ottawa will eventually be exposed to the COVID-19 virus.

Medical officer of health Dr. Vera Etches calls Omicron a "game changer", and everyone needs to do their part to "blunt the curve."

"The vast majority will be able to weather the virus at home and people can prepare for this by making sure they have basic supplies on hand and pain relief medication at home," said Etches during a media conference on Wednesday.

"Do seek health care assessment for severe symptoms, for chest pain, difficulty breathing, confusion, or rapidly worsening symptoms. Many who are unvaccinated and contract COVID-19, and even some vaccinated individuals, will need hospital care to address the impacts of the related illness.

"Omicron cannot be stopped altogether, but we can work to blunt the curve, to blunt that peak and to slow transmission so hospitals can maintain capacity to deliver care."

Etches is urging people to get vaccinated and stay home when they're sick. 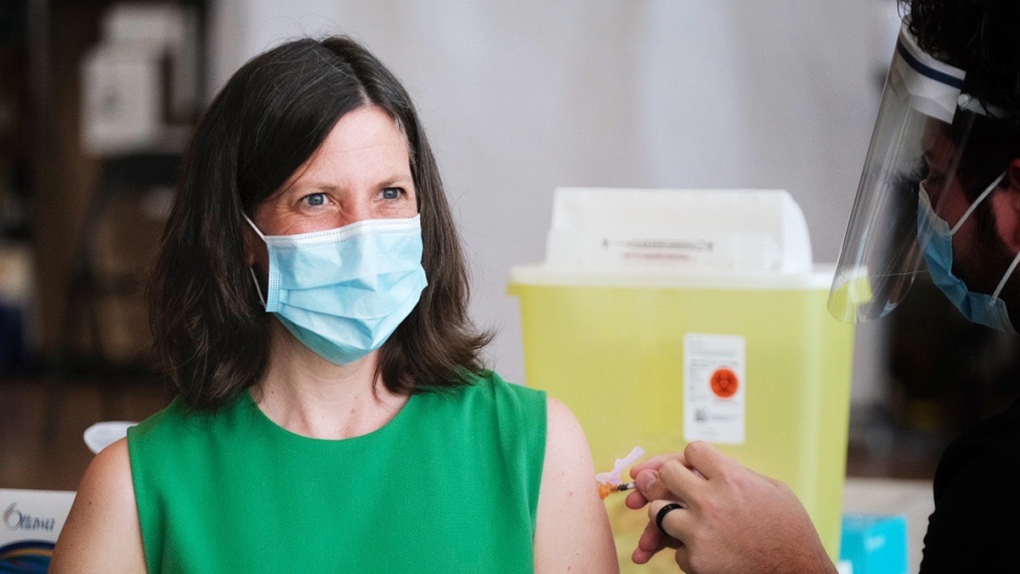 Students in Ottawa and across Ontario will return to class on Monday for the first time since the start of the holiday break.

Schools will reopen for in-person learning after the Ontario government delayed the return to the classroom due to the rising cases of COVID-19.

The Ontario government announced this week that parents won't be notified of a potential COVID-19 outbreak in a child's school until approximately 30 per cent of students and staff are absent.

Data on absentee rates will be available to the public starting Jan. 24.

Both the Ottawa Carleton District School Board and Ottawa Catholic School Board have said they will make every effort to keep schools open, but classes may have to move to remote learning if there are staffing shortages.

Parents will be advised the night before, and they are encouraged to have contingency plans in place and monitor their emails for updates. 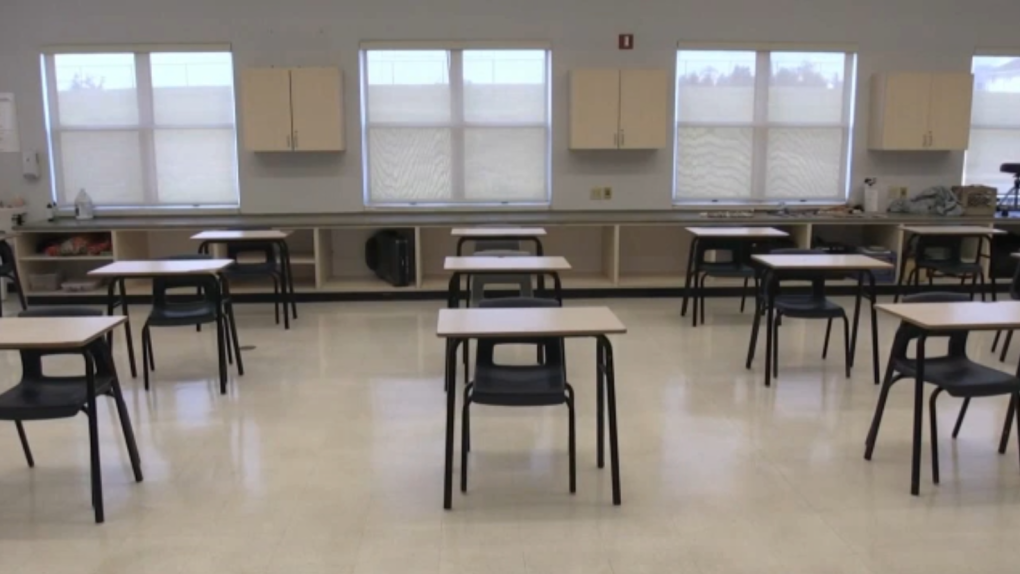 A school classroom is seen in this file photo. (CTV)

Ontario Provincial Police issued a warning this week about counterfeit toonies discovered in the cash register at a store in Hawkesbury.

A picture of the fake coins shared by police had the wording "Z DOLLARD", an incorrect image purporting to be of Queen Elizabeth and a walrus instead of a polar bear.

The coins are also dated 1990, when the first real toonies weren't in circulation until 1996. 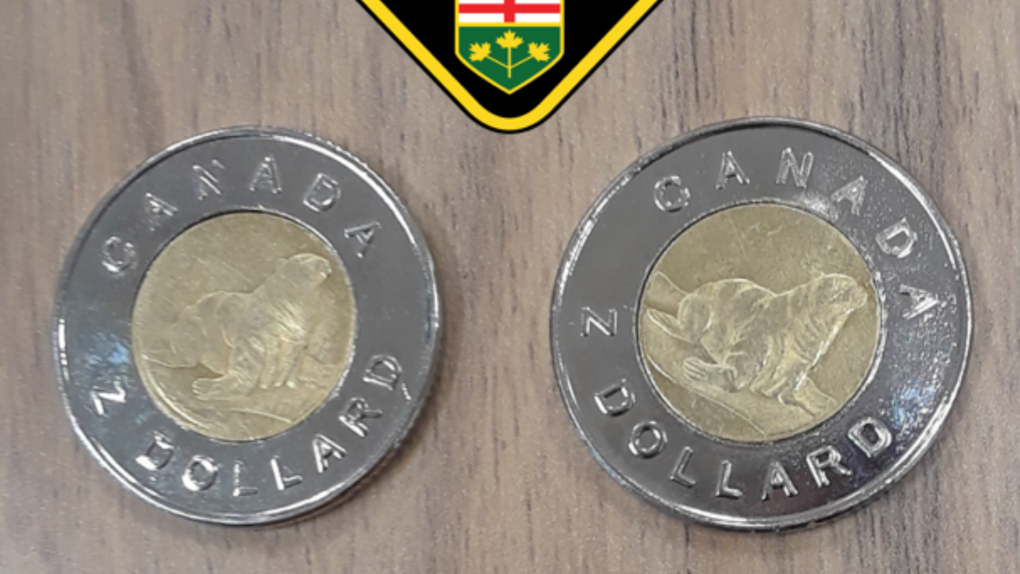 The 52nd season of skating on the Rideau Canal Skateway is underway.

The world's largest skating rink opened for the season on Friday, with the full 7.8 km stretch open from the National Arts Centre to Dow's Lake and Hartswell Locks.

"The buildup to opening day, it's incredible," said Bruce Devine, NCC Senior Manager, Facilities and Programs. "You feel that energy, and the NCC staff are well, they're so excited."

One of the skaters out on the ice Friday afternoon was Junaid Bhat, who just moved to Canada from Kashmir last April. It was the first time he had ever been on skates.

"It's my first proper winter here. I'm used to cold but I'm not used to this cold," said Junaid, adding while skating was scary he was excited to experience something new.

Beavertails stands and concession stands are open this year on the Rideau Canal Skateway, while all changing facilities and firepits remain closed due to the COVID-19 public health measures.

The NCC is recommending people wear a mask or face covering while on the skateway, while masks will be mandatory in washrooms and in lines at concession stands. 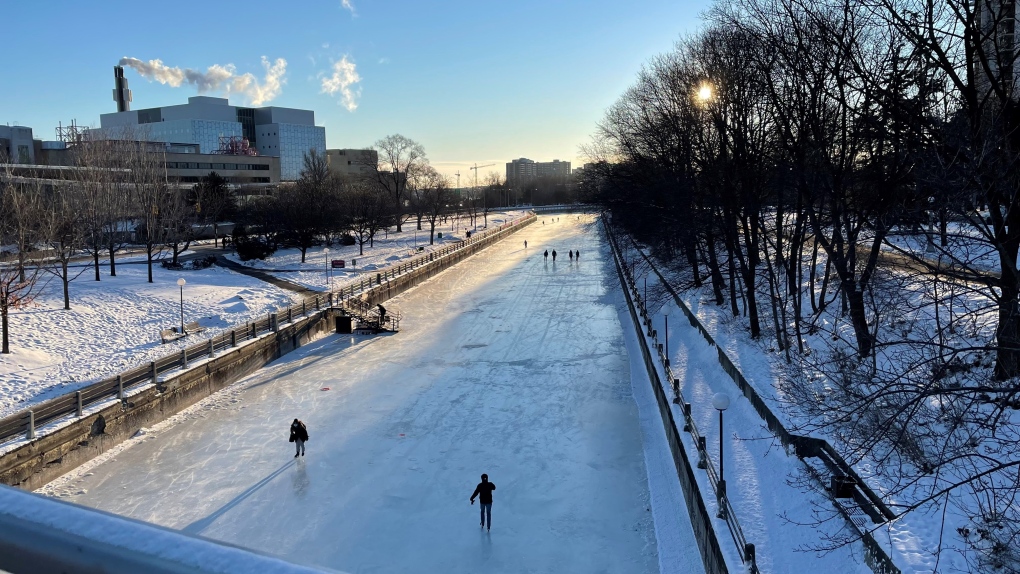