Your blood could save this Arnprior 8-year-old boy's life

Easton has a pretty electric attitude about everything. Even blood and platelet transfusions every few days at CHEO.

Of course, Easton means that’s how the team at CHEO makes him feel. They make his blood tests and procedures feel positive and pleasant, even if the needles are not.

Easton’s been part of the CHEO family since his very premature birth. He arrived four months early

Everything changed though this past September, just after Easton’s eighth birthday.

He was having a routine surgery at CHEO when the team noticed something different about his blood.

Every few days he counts on the blood and platelet transfusions to keep him alive.

He needs to be isolated because his immune system is so weak.

“It’s been tough since this diagnosis,” explains his mother, Amanda Harris.

“Easton has already been through so much in his life, but not being able to go to school, or play sledge hockey and see his friends is tough.” 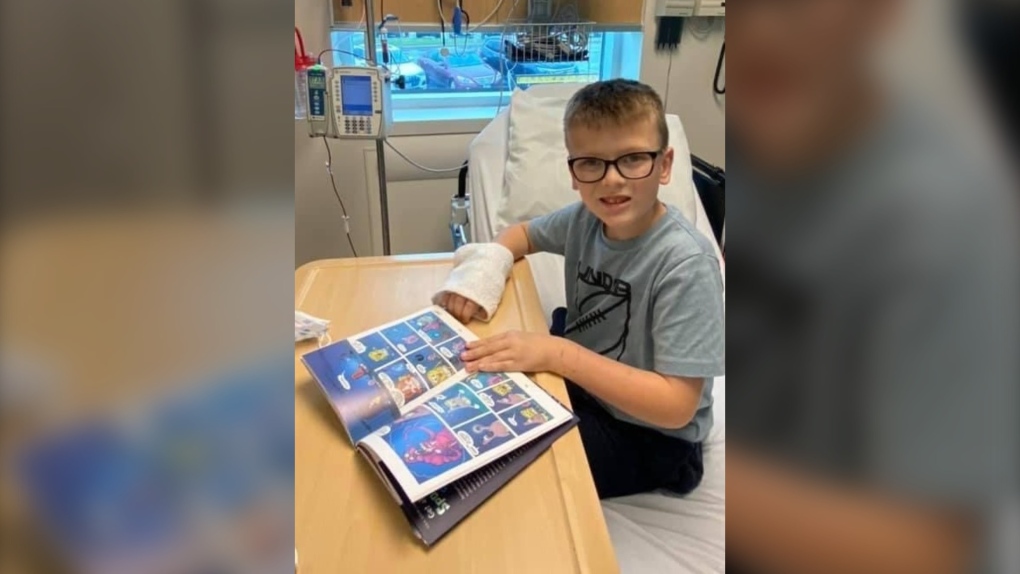 Easton focuses on the positive.  He is really happy about the rink his dad built in the yard.

And Easton is very excited about a new hockey goal—this one with Canadian Blood Services.

The blood that is keeping him going comes from volunteer donors.

Easton is hoping that in sharing his story there will be new blood donors.

A lot of them.

Easton is asking for 75 people to sign up and donate blood in his name.

He calls his campaign, (yes, the eight-year-old named it himself) “Easton’s Hockey Fight For Life”.

“Donating blood, platelets or plasma is one of the most generous things you can do,” explains Jan Grant, Canadian Blood Services Territory Manager of Donor Relations and Collections in Ottawa.

“Every minute of every day, a patient in Canada needs blood – this could be for a chronic health condition, like in Easton’s case, a traumatic accident, cancer treatment or surgery.”

Thousands of new donors are needed each year.

It takes about an hour.

For the mother of a little boy counting on that, gratitude runs deep for the donors and for the care Easton’s receiving.

“We are so thankful for everybody,” shares Amanda Harris.

“CHEO, Canadian Blood Services, every nurse and doctor. But there’s so many people we don’t get a chance to thank, from the people cleaning his room at the hospital to the blood donors.” 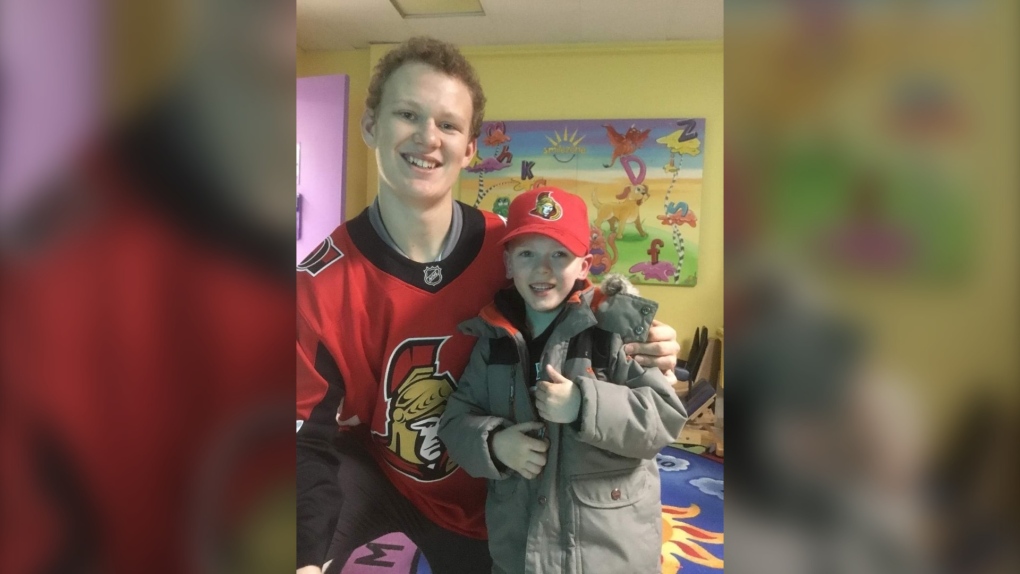 Amanda says her son is a very strong child.  Her heart is warmed to see and feel the community support.

“They’re what helps us through these tough times and sleepless nights.”

And there are sleepless nights.  If Easton doesn’t respond to this treatment, he will require a bone marrow transplant.

This is all very new for the Harris family.

Prior to Easton’s diagnosis with aplastic anemia, the Harrises didn’t know the need for blood donation.

They didn’t know that 100,000 new blood donors are needed in Canada this year to keep up with demand; that half of all Canadians will either need blood or know someone who will need blood.

The most surprising fact often shared by Canadian Blood Services says, Jan Grant, is “that less than four per cent of eligible donors sustain the blood system for all Canadians.”

“It can sometimes take four to five donors to create one treatment,” explains Grant.

One little boy, through his “hockey fight for life”, is making we grown-ups more aware of how important it is to roll up those sleeves.

The spotlight in a Virginia courtroom has turned to attorney Camille Vasquez this week.