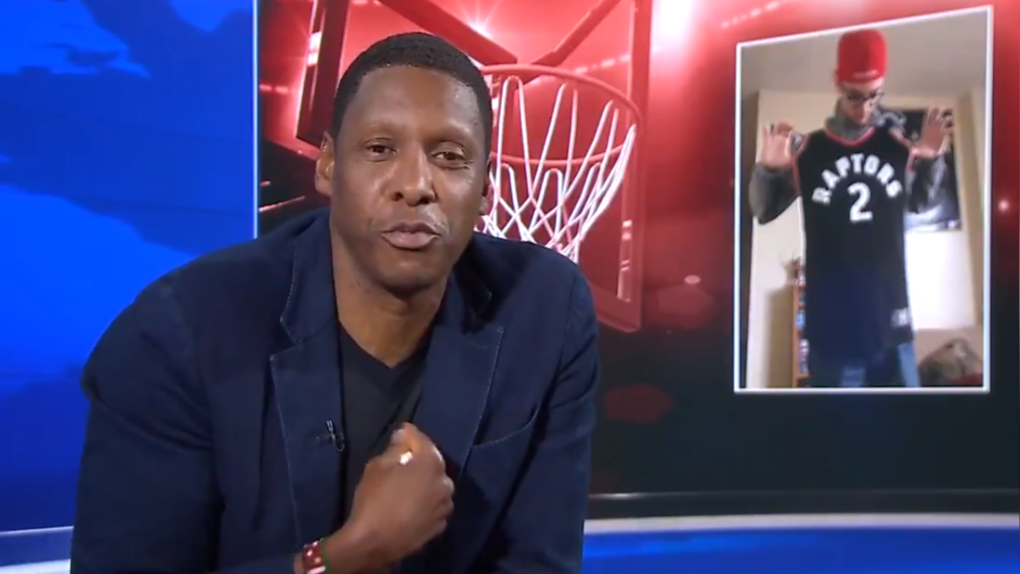 OTTAWA -- Toronto Raptors President Masai Ujiri has a special message for a member of the Bell Media Ottawa family.

Newstalk 580 CFRA technical producer Brian Fraser has been battling leukemia and received a personal invitation to a Raptors game from Ujiri in a message he recorded in June.

And @journorosa asked Masai if he would be interested in recording a little “hey, you’ve got this, dude!” video for me, because she is amazing.

And what Masai did, blew me away. Here is the message he had for me. pic.twitter.com/3jUSD8Xumk

"Hi Brian, what's going on? I heard you've been a warrior," Ujiri says. "I can't wait to have you at Raptors games. I just wanted to send you a message not just from me but from the whole Raptors family. We're wishing you the best of health. Stay strong. You are going to beat everything you are fighting."

Ujiri then vowed to personally host Fraser at a Raptors game.

"When the season starts and comes back, you will be at a Raptors game with us and I will personally host you," he said.

Fraser, the technical producer for Newstalk 580 CFRA's "The Morning Rush with Bill Carroll", has been public with his battle with leukemia since he began treatment in 2019. Early in the COVID-19 pandemic, he appeared on CTV News with Lisa LaFlamme to discuss the urgent need for blood donations.

In late April, Fraser announced his cancer was in remission.

He remains on leave from his job at 580 CFRA and is currently recovering with his family in Brockville.