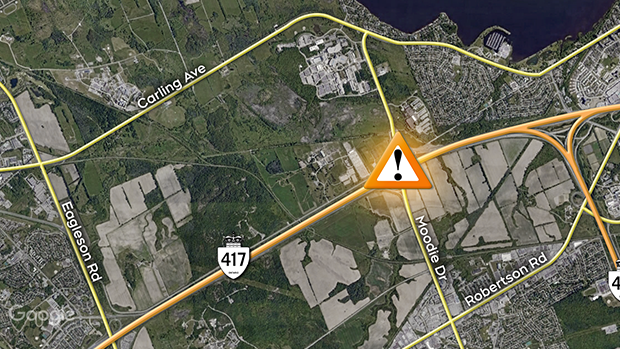 Officers responded to reports at 3:00am of a car going westbound in the eastbound lanes near the Moodie Drive interchange.

The car was safely stopped before any vehicles were struck.

The driver, Arita Mark, 39, of Wemindji, Quebec was charged with dangerous driving and impaired driving.

Mark is due to appear in court December 19th.