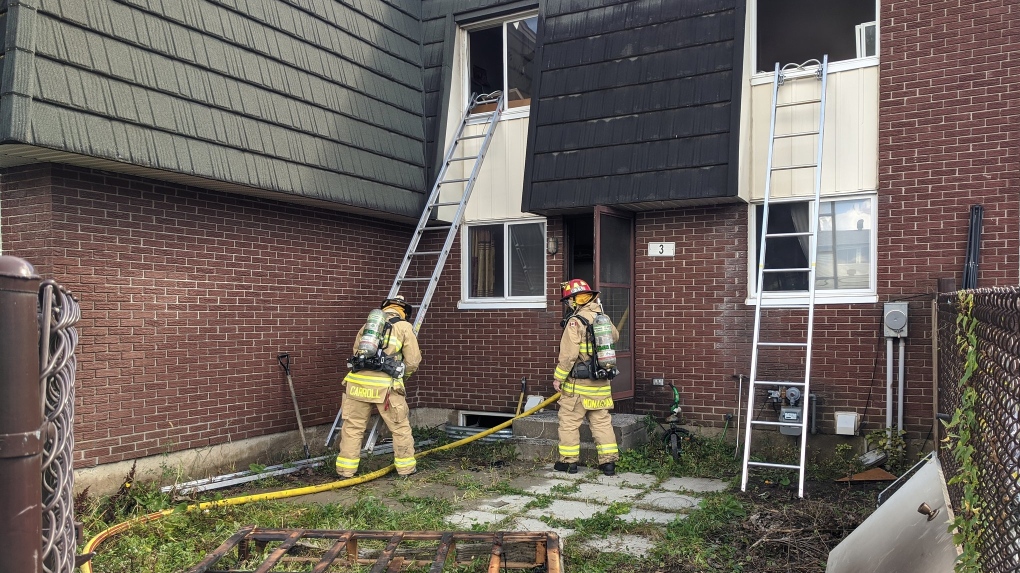 OTTAWA -- A woman was treated for smoke inhalation after an afternoon fire in a townhouse in Ottawa's south end.

Ottawa fire received a 911 call just before 1 p.m. reporting smoke coming out of the backdoor of a unit in a seven-unit townhouse complex on Heatherington Road, near Albion Road.

When firefighters arrived on scene, one crew started a "fast attack" of the fire, while another crew started evacuating adjoining units.

The fire was located in the basement of the home.

Ottawa fire says crews were able to keep the fire contained to the basement, and none of the adjoining units were affected.

Ottawa Paramedics said Sunday afternoon a woman was transported to the Ottawa Hospital in stable condition.

Ottawa Fire on scene of a Working Fire on Heatherington RD near Albion RD N. The fire is now under control and was contained to the basement of one unit in a 7-door residential row. No injuries reported and a @OttFire Investigator in on route. #ottnews #OttFire #ottcity pic.twitter.com/rIvU7b9afI

Ottawa fire initially reported no one was hurt. Ottawa Paramedics say a woman was transported to hospital to be treated for smoke inhalation.