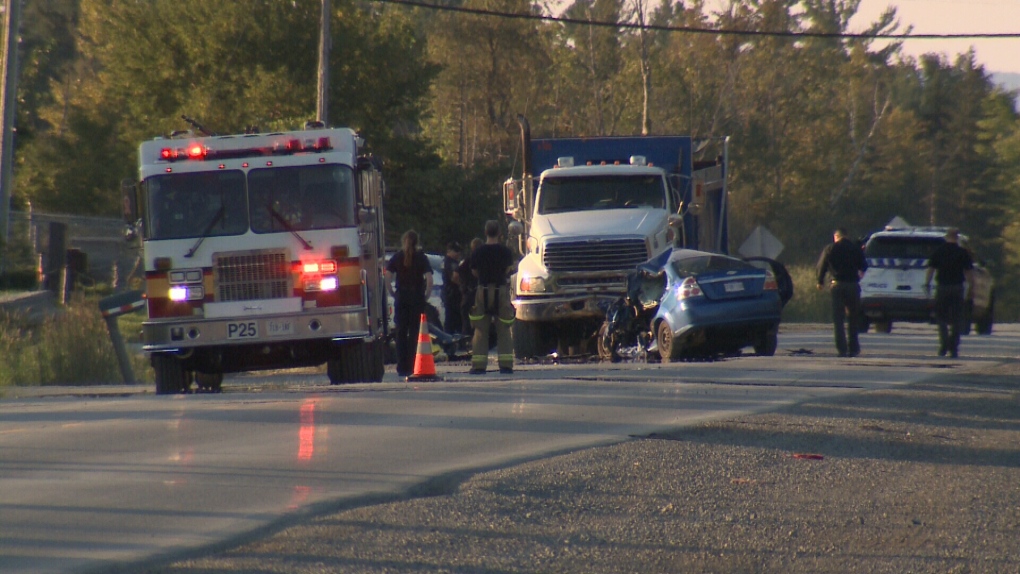 A woman was killed in a two car crash that involved a dump truck on Moodie Dr. Wednesday night. (Shaun Vardon/CTV Ottawa, September 12, 2018)

A 23-year woman has died in a crash in Ottawa's west end.

Ottawa Police say the woman's car was involved in a collision with a dump truck on Moodie Drive between Fallowfield and Hunt Club just before 5:00 p.m. Wednesday night.

The woman was pronounced dead at the scene.

The driver of the dump truck was not injured.