Woman hospitalized after car sandwiched between truck and school bus

Woman hospitalized after car sandwiched between truck and school bus 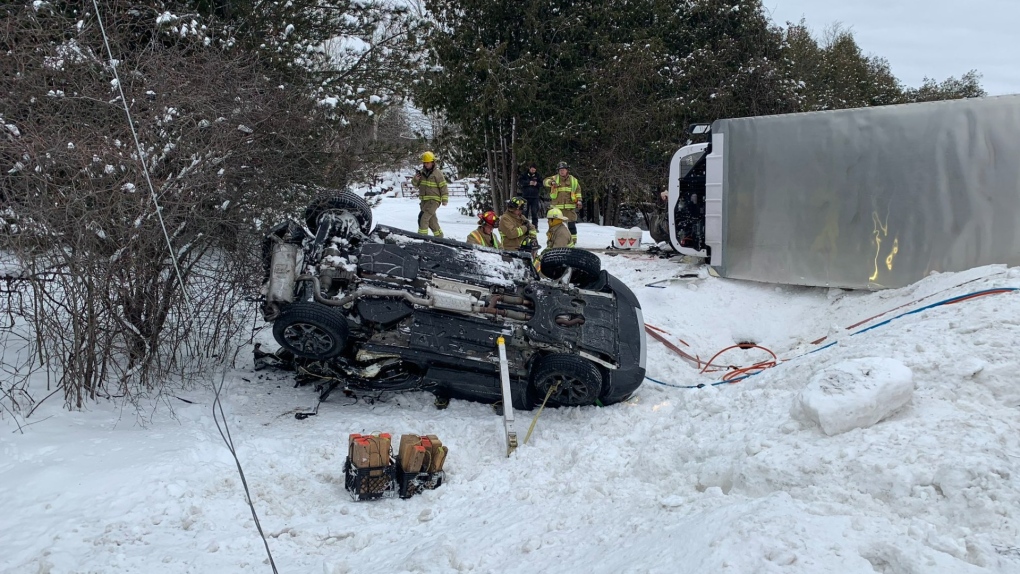 A woman was sent to hospital after her car was sandwiched between a truck and a school bus in North Grenville, Ont. on Wednesday. (OPP)

One woman was sent to hospital after a three-car crash involving a school bus in North Grenville, Ont. Wednesday morning.

The crash happened on County Road 43 at Donoghue Road. The school bus was stopped to load children, and a car behind it was stopped as well.

A truck came over the hill and crashed into the car, sandwiching it between the truck and the school bus, OPP Const. Annie Collins said.

The crash sent the car flipping onto its roof. The truck ended up on its side.

Collins said no children on the bus were injured, apart from a couple of minor bumps and bruises.

The woman driving the car needed to be extricated from the vehicle. She was taken to hospital with minor injuries. 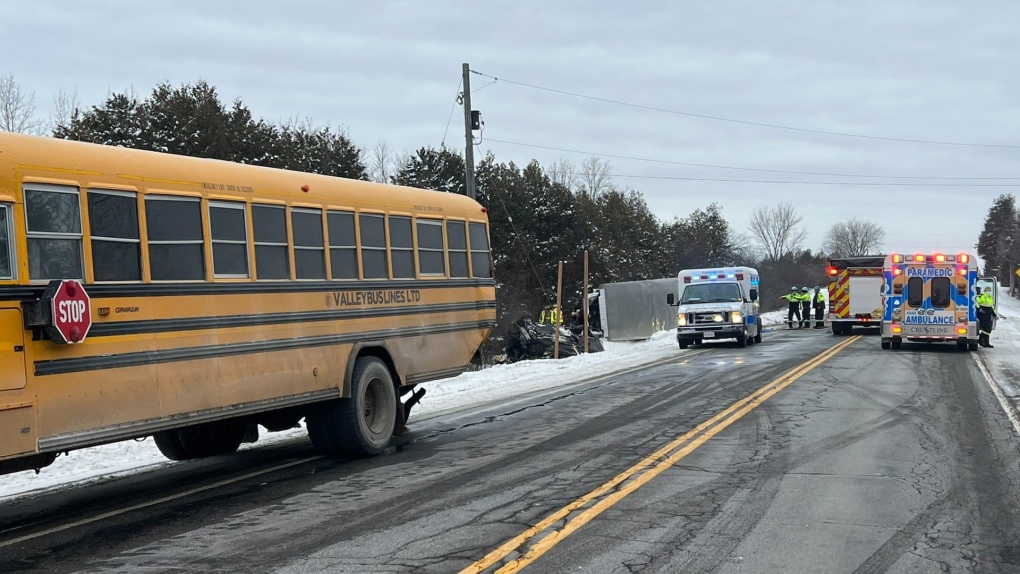 A woman was sent to hospital after her car was sandwiched between a truck and a school bus in North Grenville, Ont. on Wednesday. (OPP)