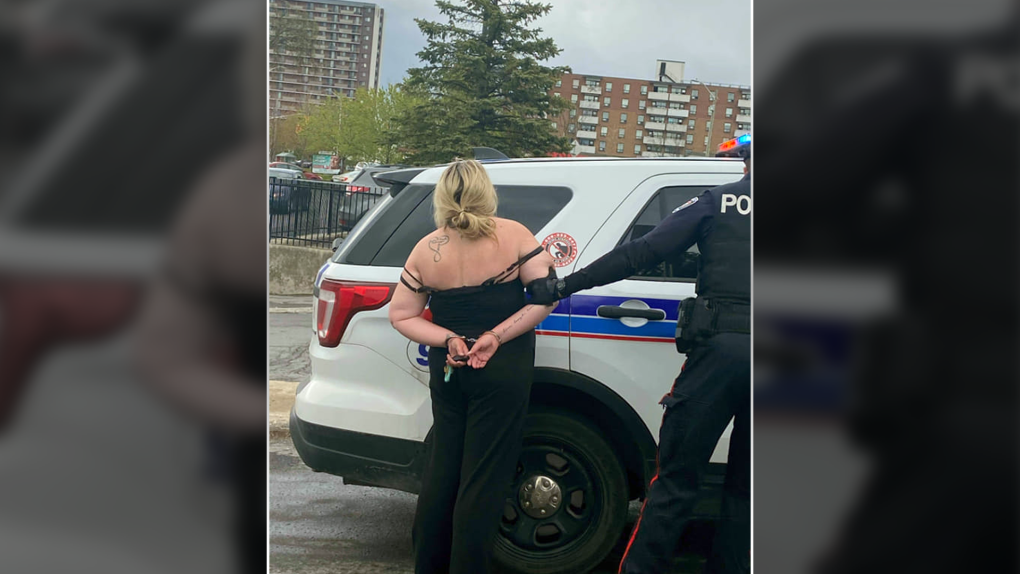 An image showing the arrest of a woman accused of assaulting an Ottawa mother with bear spray before allegedly abducting an 8-day-old infant on Mother's Day, May 9, 2021. (Facebook)

OTTAWA -- A Quebec woman facing charges for allegedly abducting an eight-day-old infant at an Ottawa home has been denied bail, and will remain in custody until a court appearance next week.

Shanks has remained in custody since her arrest on May 9.

Ottawa police said the accused had met the victim on a social media group for new mothers and dropped off a gift at the west end home on May 7.

"The woman returned to the family's residence on Sunday (May 9) and forcefully entered the home, used bear repellent spray to subdue the occupants, abducted the baby and left," police said in a media release.

Neighbours were alerted by the commotion and detained the suspect until police arrived.

Shanks appeared in court virtually on Thursday morning, and was denied bail. Her next court appearance is scheduled for Wednesday, May 26.

The infant was eight-days-old, not eight months as previously stated.