With snow in the forecast, the winter tire rush is on

With snow in the forecast, the winter tire rush is on 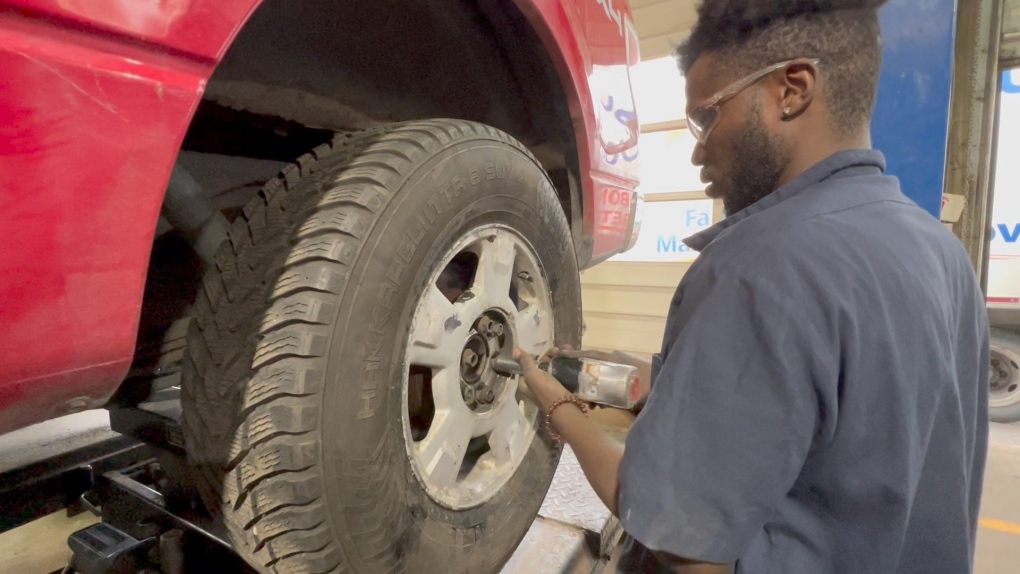 Environment Canada is predicting snow Wednesday morning and it’s now a race get those winter tires on.

If you haven’t done it yet, you might be waiting a while as appointments are filling up fast.

“I planned it out several weeks ago to get this done because I figured there'd be a rush,” says Ian Hendel, who had his summer tires swapped for winter ones Tuesday.

Hendel drives to Montreal and back every Monday for work and, with snow predicted this week, he is glad to be prepared.

“There are times on that highway where the wind is blowing and it's crazy,” says Hendel. “You see the cars out in the ditch and things like that.”

“I had them put on on Oct. 21,” says Tinker-Davey, “just because I had the time and I wanted it done before this snow started to come.”

At Frisby Tire, it’s the same rush every year.

Trucks are dropping off multiple shipments of new tires daily just to keep up with the demand.

“Yeah, Dec. 1, is our next available appointment,” says Haggar. “But there's always room if somebody wants to leave the car with us for the day. We'll definitely get it done throughout the day sometime between other appointments. If someone doesn't show up and there's a car sitting here, we bring it in next.”

If you drive in the winter, proper snow tires are the most important pieces of equipment you can have to stay safe on the road. But it's not the only thing you can do to be prepared to drive during the coldest months of the year.

CAA can help get you winter ready with their emergency kit, which includes things like shovels, an ice scraper, hand-warmers and, in case you're stuck on the side of the road or your car doesn't start, booster cables.

“Basically if your commute takes you 30 minutes in the morning plan for an hour,” says Hassan Al-Khairalla, CAA Assistant Operations Manager. “You might have to wipe the snow off. You might have to let your car defrost.”

And be prepared to change your driving habits.

“A lot of times we're used to driving a specific way, but in the winter, you need to make sure that you adjust your driving habits,” says Al-Khairalla. “Give more space to the people in front of you; it'll take you longer to break.”

For Ian Hendel, safety on the roads is a top priority.

“To me, having winter tires a bit of a no brainer,” says Hendel. “It just makes life a lot easier.”