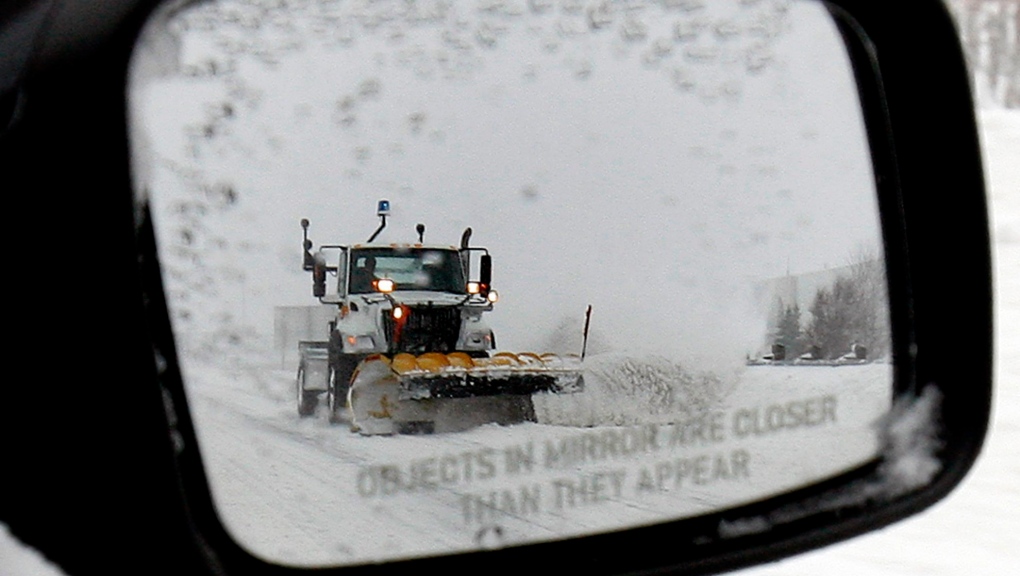 A snow plow is reflected in a sideview car mirror on Highway 401. (J.P. Moczulski/THE CANADIAN PRESS)

OTTAWA -- Environment Canada has issued a winter weather travel advisory for parts of eastern Ontario along Highway 401 because of a band of rapid snow moving across the region.

Advisories stretching from Belleville to Long Sault warn of the possibility of hazardous conditions on the highway Tuesday afternoon.

"A band of very heavy snowfall will cross the region early this afternoon giving very poor visibility. A quick 3 to 5 cm within an hour or so is possible as this band passes through. Light snow is expected thereafter," the advisory says. "Travel is expected to be hazardous due to very poor visibility and rapidly accumulating snow on roadways as the band passes. Travel along Highway 401 will be hazardous."

A similar advisory is also in place for southern parts of Ottawa, including Richmond and Metcalfe.

Travellers are asked to be cautious and adapt to road conditions.