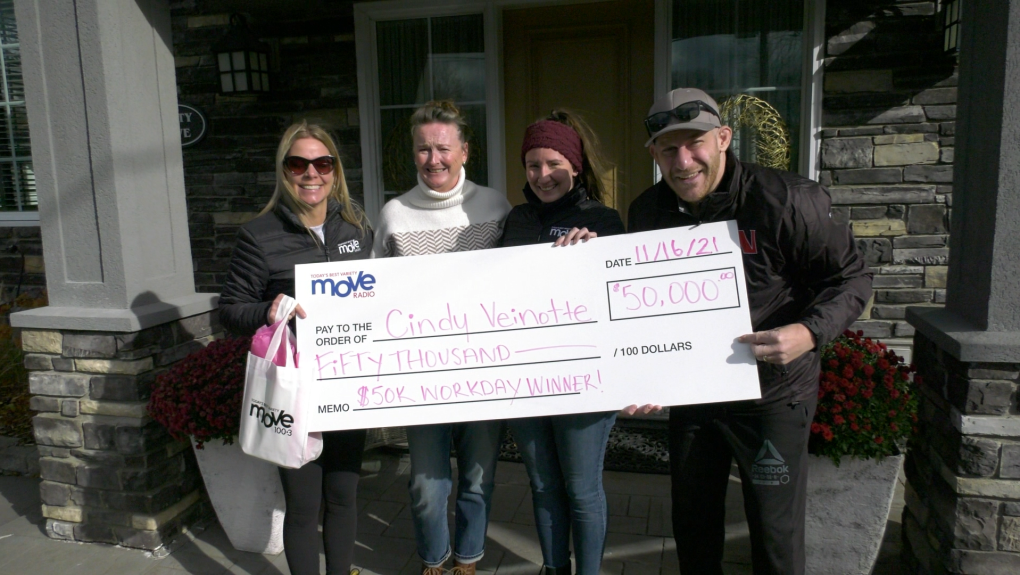 MORRISBURG, ONT. -- The grand prize winner of the MOVE $50K Workday contest says she plans to use the money to help her grandson.

Cindy Veinotte of Morrisburg, Ont. was revealed on MOVE 100 Tuesday morning as the winner of the $50,000 prize. Stuntman Stu, Angie and Janel later presented her with the cheque in-person.

“Words cannot describe it,” Veinotte said upon receiving the cheque. “This is amazing.”

She said she plans to use the money to help her grandson, who lives in Brockville. He was diagnosed with brain cancer four years ago at age 13.

“He’s turning 17 on Christmas Day and has many disabilities following the cancer,’ she said. “He needs help, and we’re going to help him.”

The contest also featured 20 prizes of $1,000 each. It was open to residents of B.C., New Brunswick, Nova Scotia and Ontario.