Who got it and where? A look at a year's worth of COVID-19 in Ottawa 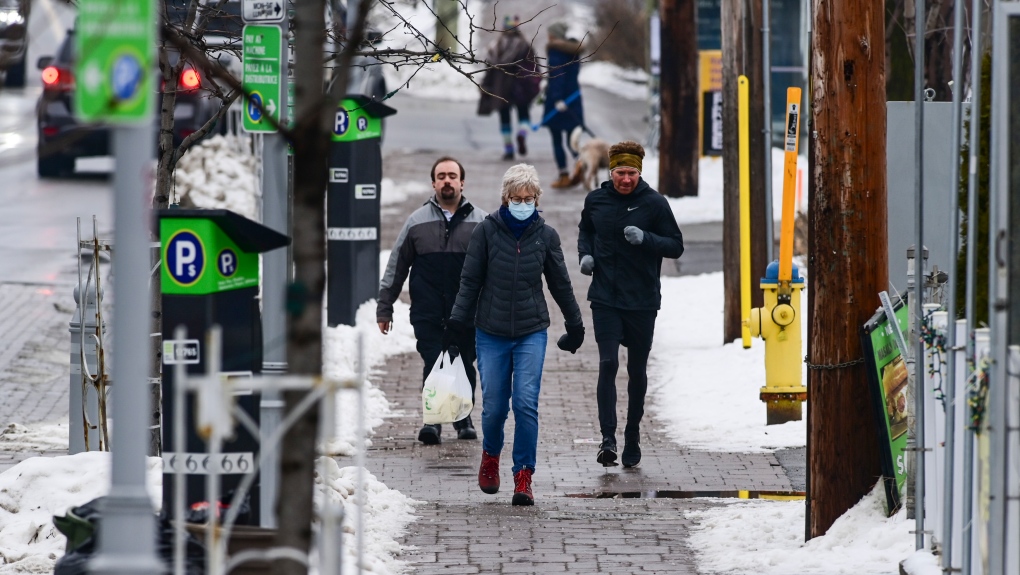 People make their way along Somerset Street during the first day of the Ontario stay home order in Ottawa on Thursday, Jan. 14, 2021. (Sean Kilpatrick/THE CANADIAN PRESS)

OTTAWA -- It has been nearly one full year since the first case of COVID-19 in Ottawa was officially confirmed.

A city press conference on March 11, 2020 announced that a man returning from Europe had tested positive for the novel coronavirus. It was Ottawa's first case, and came on the same day the World Health Organization officially declared a pandemic.

Since that time, Ottawa has confirmed more than 15,000 cases of COVID-19 and more than 400 residents of the city have died.

But while COVID-19 has been detected across the city, the impact has not been equal, in terms of who contracted the virus, who was sent to hospital, and who died.

More than a quarter of all cases have no known source.

CTVNewsOttawa.ca takes a look at the data.

WHO IS GETTING IT?

People in their 20s account for the highest number of COVID-19 cases throughout the pandemic at nearly 22 per cent of all cases overall. As of March 5, 2021, there had been 3,273 confirmed cases of COVID-19 in people between the ages of 20 and 29 in Ottawa.

However, people in that age category account for just 2.4 per cent of all hospitalizations and only two ICU cases. No one 20 to 29 has died of COVID-19.

The pandemic has disproportionately affected the health of seniors, particularly those 80 and older.

Older adults were also more likely to be hospitalized, with people over 50 accounting for 85 per cent of all hospitalizations and ICU admissions.

While people in their 20s had the highest number of cases by age category, the virus has disproportionately affected people 80 and older, based on their share of the population.

Women represent 52 per cent of all confirmed COVID-19 cases, while men account for 48 per cent. More women than men in Ottawa have died of COVID-19, but men were admitted more often to the hospital or the ICU.

WE ARE GIVING IT TO EACH OTHER

A plurality of cases, nearly 44 per cent, were spread via close contact with another infected individual. Outbreaks accounted for the next highest proportion of COVID-19 at 26 per cent. Cases from travel accounted for 3 per cent of all cases in the city.

OPH notes that 20 per cent of all cases have no known source and another 7 per cent of confirmed cases lack enough information to trace the origin of infection.

However, 85 per cent of the people who have died of COVID-19 contracted the virus in an outbreak. Close contact accounted for five per cent of fatalities.

Similarly, most people who ended up in the hospital were first infected in an outbreak, though nearly 28 per cent of people who were hospitalized with COVID-19 have no known source of infection. Outbreaks were not the leading cause of ICU admissions, however. OPH data show 35 per cent of people who were admitted to the ICU with COVID-19 had no known source of infection and 28 per cent were infected via close contact.

Each sector reported 107 outbreaks over the past year, but long-term care accounted for 1,632 cases of COVID-19 in residents and staff and 284 deaths, compared to 533 cases and 56 deaths in retirement homes.

There were an equal number of outbreaks in schools as in workplaces, but more infections were reported in workplaces. Of the 83 outbreaks declared in each sector, schools reported 279 total cases and zero deaths, while workplaces accounted for 393 cases and five deaths.

THE EFFECT OF VACCINES

There is some data to suggest that the city's efforts to vaccinate residents of long-term care homes is making a difference in the overall rate of infection, serious illness and death.

More than 90 per cent of all long-term care home residents in Ottawa had received both doses of the Pfizer-BioNTech vaccine as of Feb. 11.

An outbreak is declared in a long-term care home in the event of a single positive case of COVID-19 identified in a resident or staff member.

Vaccines are becoming more widely available to residents of Ottawa. The city has started vaccinating select residents in the general public as of March 5.

Dr. Vera Etches cautioned that, as we approach the anniversary of the first confirmed case of COVID-19, Ottawa's levels of COVID-19 are on the rise again and we could be headed for a third wave.

"That is what I would expect based on the very rapid rise in the level of COVID-19 in our wastewater. It's been reliably predicting when the testing that follows will detect more cases," she said. "What is it means is what we're doing right now, collectively as a million people, isn't quite enough anymore to keep the level of COVID-19 down and it's gone into this rapid rise that we see with this virus and we need to have more stringent measures to keep it under control."

Etches said three months is enough time for Ottawa to ramp up the COVID-19 vaccine program and protect residents most at risk of the virus.

"By that time we'll have very good coverage of older adults, those most likely to be hospitalized and/or die. We saw the vaccines providing protection in long-term care, as the quantity of vaccine increases we just need that to be extended into the community."

Popup clinics in neighbourhoods with higher concentrations of COVID-19 has begun offering vaccines to residents 80 and older or adult recipients of chronic home care. There are also popup clinics moving through the city's shelter system. Additionally, all Indigenous adults in Ottawa 55 and older are eligible for vaccines.

All data sourced for this article were taken from Ottawa Public Health's COVID-19 dashboard and related data sets from Open Ottawa. The information described in this article is based on the daily snapshot provided by OPH on March 6, 2021, which includes data pulled at 3 p.m. on March 5, 2021.

Graphics were created by CTV News Ottawa's Joey Lavergne using the data above.