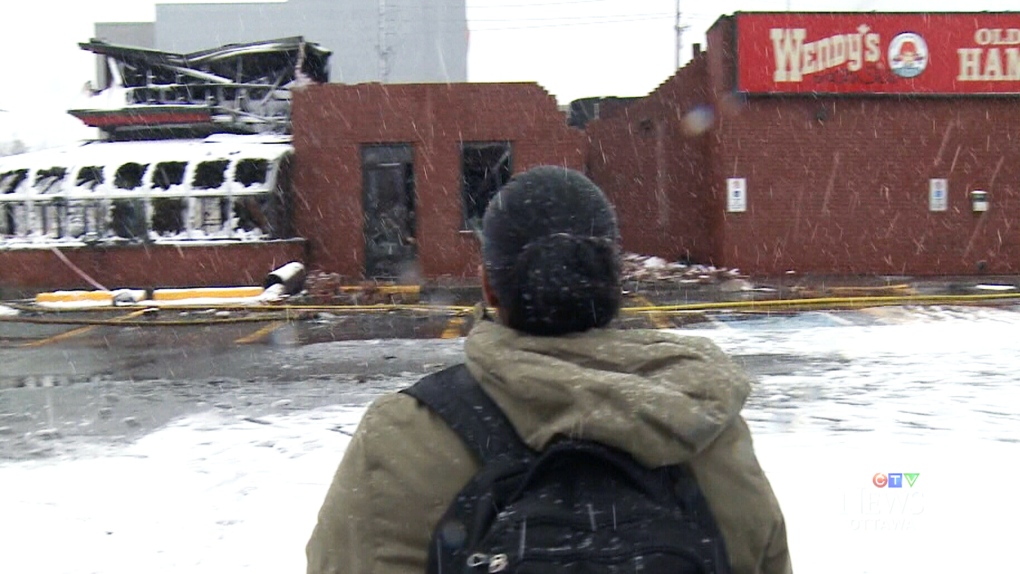 OTTAWA -- Two years after a fire destroyed it, Wendy's is set to rebuild its restaurant at Lincoln Fields.

Councillor Theresa Kavanagh says she has been informed by RIOCAN that Wendy's will apply for their building permit early in the new year and plans to start construction in April.

Kavanagh says it typically takes about six months to construct a building of that size, "so RIOCAN anticipates that they would be open next October."

On Nov. 27, 2018, an early morning fire gutted the Wendy's Restaurant on Carling Avenue. Some people were transported to hospital with smoke inhalation.