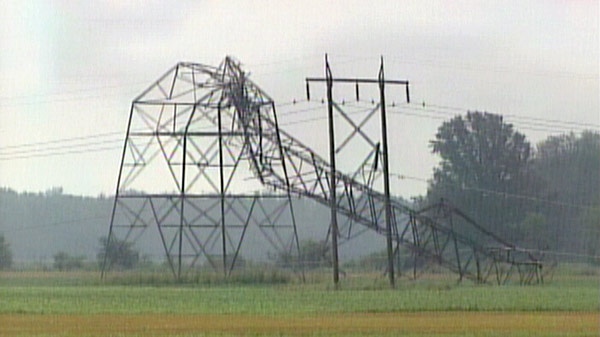 A day after a major storm, damage is visible in Enniskillen Township, southeast of Sarnia, Ont. on Sunday, July 24, 2011.

SARNIA, Ont. - Environment Canada has determined a tornado that touched down during a weekend thunderstorm near Sarnia, Ont., was an F2 twister.

That's in the middle range of the Fujita scale that rates tornadoes from zero to five.

Environment Canada says damage from the storm was caused by a combination of a tornado and a downburst.

The strong winds damaged as many as five steel transmission towers and 20 wooden poles. Power was knocked out to as many as 13,000 customers at one point.