The Brockville community is showing their support this weekend for a teenager battling a deadly disease.

They call themselves Ethan's Army, and have planned fundraisers to support him and his family on both Saturday and Sunday.

As 17-year-old Ethan Tucker made his way into his high school gymnasium Saturday morning, he was welcomed with a round of applause.

The Brockville Collegiate Institute student has been in a fight for his life since 2018, battling an aggressive form of brain cancer.

"The doctor said he would never walk, he would always have a breathing apparatus, things of that nature, and he beat them all," his father Chris Tucker told CTV News.

After treatment, Ethan fought back, learning to walk and speak again after being in a hospital ICU for more than a month.

He came home that summer, was doing well, but returned to hospital in February of 2019 in a coma.

The aggressive tumor caused significant secondary damage. Ethan again lost his ability to speak and he now uses a wheelchair.

Then in October, the family received the newest diagnosis.

The cancer had returned, and it was terminal.

"The really bad news was quite a kick in the pants because he's just worked so hard," Chris said.

But the community where Ethan was born and raised, now rallying around him, held a volleyball tournament in his honor Saturday.

"When we heard the news, we knew that we needed to come together and so something in a meaningful way to raise money for their family to help with his battle," said organizer Kelleyanne MacKenzie.

"Both of us are volleyball coaches and players so we jumped on the opportunity and this event has been a couple months in planning," said Jessica Dixie, who also helped organize. 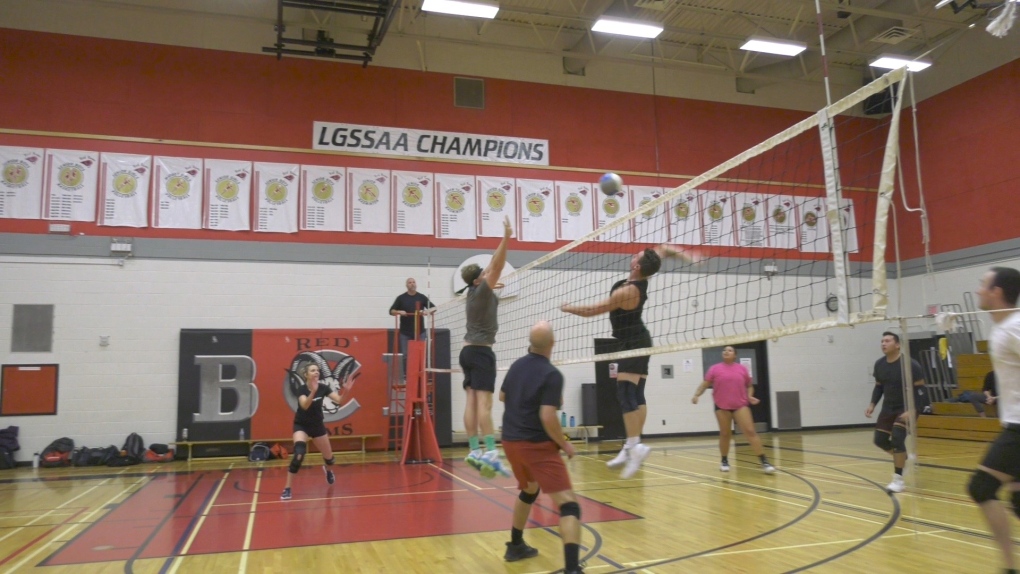 "When it comes down to the health of one of our students, we're teammates in this," Dixie said.

A silent auction was also held at the school, with more that 65 local businesses donating items.

All proceeds going back to the family to make Ethan comfortable at home.

"It's incredibly overwhelming," MacKenzie said. "It didn't take a lot of effort for people to just come out of the woodwork and put in everything they have to support us, to support Ethan and his family."

"It's a fantastic community they come together and rally whenever they can," said volleyball player Sheri Hatherly.

Twelve teams competed for twelve hours, with Ethan watching from the sidelines, taking it all in.

The teenager is also a self-published author, helping to teach others how to feel better and get through tough times while in hospital.

"He just started writing, we didn’t even know!" his father Chris said. "He was writing stories on his speaking device, which is very difficult to do because you can only see about four or five words at a time.

"He's written several books; he has another one right now that's being illustrated by a friend of ours." 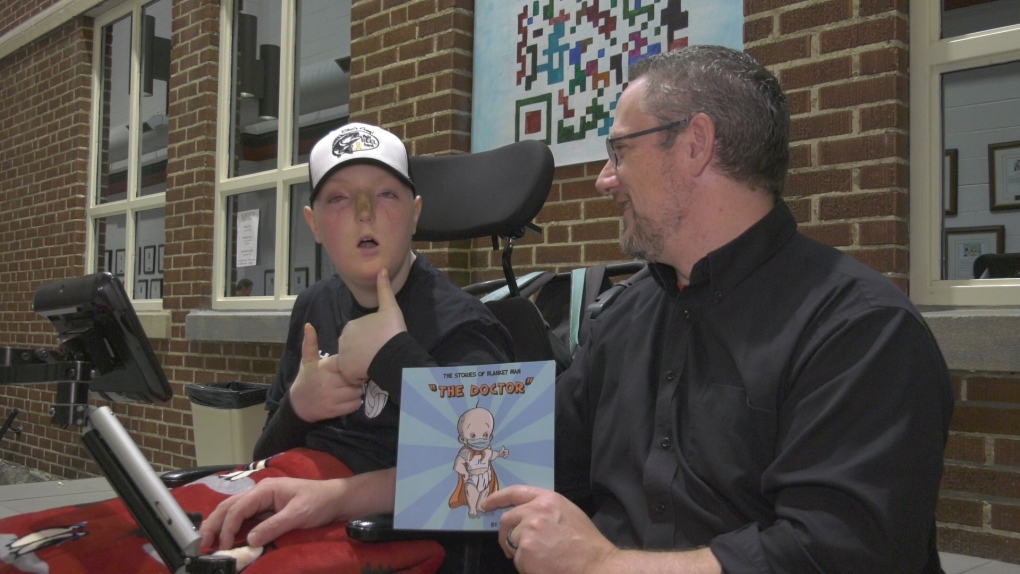 Those books helped Ethan gain enough credits to graduate, with BCI holding an early ceremony just a few weeks ago.

"We had a lovely ceremony for him, he was surrounded by family staff and peers," Dixie said. "It was a really proud moment for him. I know that was his goal, to graduate high school, and he did it with a giant smile on his face."

The family also has a big trip coming up before they take time to rest at home.

"We're living a lifetime in a few weeks and he's going to Florida through Make-A-Wish seven days from now," Chris said.

"There's some captains in Florida that the word got out that he wanted to go deep sea fishing for a final time," he said. "They came together to find a way to do it so we have a meeting with them tomorrow and then they just said we are going to make it happen. We just found out last night."

On Sunday, two more fundraisers will take place: a craft sale at the Brockville Memorial Centre and a celebrity dinner at the Barley Mow, with proceeds going to the family.

"This means the world, it really does," Chris said. "I can’t thank the people enough, everybody here from the high school students to the teachers to the community even, like people that just come and help out."

"It really speaks volumes to what a remarkable community Brockville is," added Dixie. "We can’t thank our administrators at both schools, our custodial staff, the Upper Canada District School Board, enough. Everybody really came together to allow this event to happen.

"We just, we love Ethan so much. He is really a true red ram here at BCI and we just wish him and his family all the best," she added.

Chris had asked Ethan for a bucket list of things to do recently, in which the teen said he "wanted to be on TV and be famous."

"So when we got the call that CTV were kind of interested, I was like, ' Hey buddy, do you want to do this?', and he gave me two thumbs up and he's like "Yeah, yeah, yeah!"

"To get him out to do things these days is difficult," Chris added. "So for him to get himself together and trek all the way down here is a testament to just how strong this kid is. He's overcome every single barrier that everybody's thrown at him but unfortunately this one is just a bit too insurmountable."