'We're on eggshells': Ottawa remains in orange zone, but businesses concerned about the future during the pandemic

OTTAWA -- As Ottawa remains in the "orange-restrict" zone for at least one more week, some businesses are concerned COVID-19 cases could rise and new restrictions will be imposed on the capital.

"Just a very anxious feeling waking up every morning and not knowing whether or not we can come to work," says Adamo Dinardo, owner of Hair by Adamo Salon.

The salon owner was forced to close the doors of his Nepean shop multiple times throughout the course of pandemic. Dinardo says it has gone on long enough.

"We’ve been living with this virus now for so long that we’re in a place where we’re educated. We know how to prevent the spread."

During an interview with CTV News at Six on Saturday, medical officer of health Dr. Vera Etches said she’s glad to see people doing their part.

"I have to give credit, the people of Ottawa have held it steady for another week. And so we’ve stayed in orange this week."

Etches warned last week that Ottawa was inching towards the red zone indicators and new restrictions, but now says the COVID-19 levels are stable.

While Ottawa remains in the orange zone this week, other regions in Ontario are moving backwards. The Ontario government is putting the Simcoe Muskoka District Health Unit and Thunder Bay District Health Unit back into lockdown at 12:01 a.m. Monday, after less than two weeks in the red zone.

For Ottawa, hanging on to orange is critical. And Dinardo says, not just for business owners. 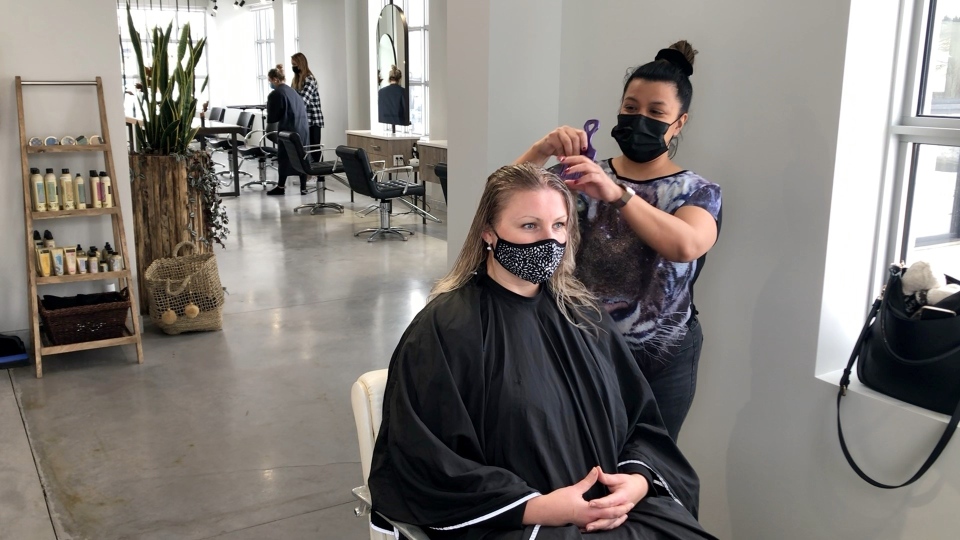 For more than 16 years, Jessica Perez has been a hair stylist. The last year of which she says was spent in confusion and uncertainty.

"It definitely is slightly nerve racking for sure," says Perez. "It doesn’t allow me to move forward or even do future plans really. So it's hard to say where I’m going to be in a month from now or even two months from now."

Determined to remain optimistic though, Dinardo says he’s grateful to welcome back customers while he still can.

"The least I think the government can do is kind of work with us a little bit so that we can stay open and just keep fighting the fight ya know."

No 'sufficient signs' the COVID-19 curve is turning in Ottawa: Dr. Etches