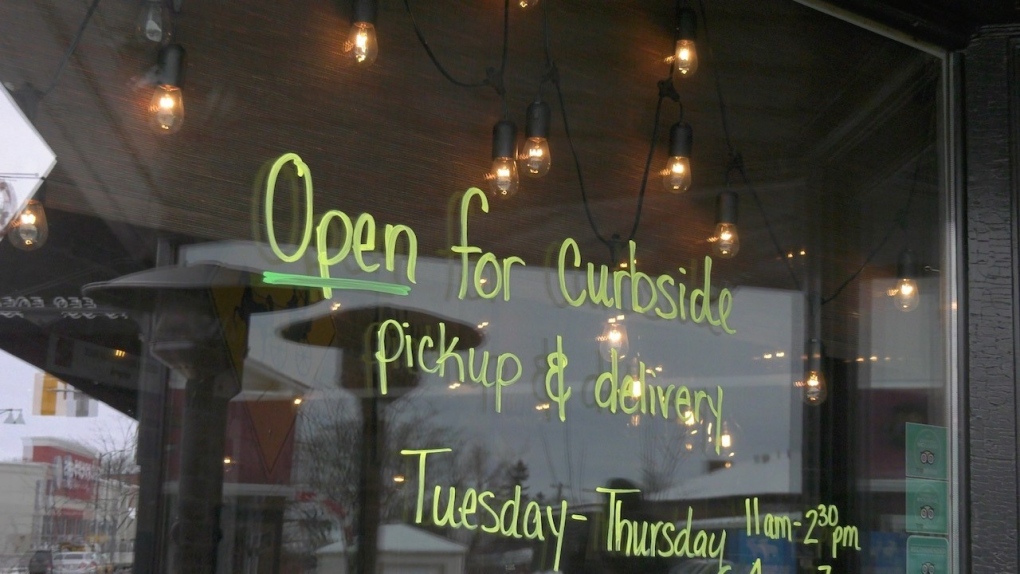 Krave Bistro in Arnprior is opening for take-out and delivery during the COVID-19 lockdown. (Dylan Dyson/CTV News Ottawa)

Currently Renfrew County is reporting just four active cases in the region. The numbers are low enough that the province will allow students in the county to return to in class learning on Monday - one of just seven health units in Ontario given the green light.

However, with students returning to school, local businesses are now wondering when they will see customers return as well.

"We’re just hanging in there I guess, and that’s all you can do," says Randy Paulen, one of the owners of Krave Bistro in Arnprior. "Renfrew County is quite low as far as active cases. So I was hoping (Premier Doug) Ford would do [the lockdown] regionally."

Paulen says Krave’s business is down 50 per cent during this second lockdown, the restaurant currently offering curbside pickup and delivery.

Fabio Marzoq is also hoping the current lockdown is not extended. Marzoq opened Fabulous Barbershop in Arnprior on Dec. 18. Six days later he was forced to close by the province and hasn’t been open since.

"This town is very safe, they don’t have a lot of cases," says Marzoq. "And when they said we’re going to close everything down, I was hoping this store would still be running to support me for a little bit."

It’s tough times for Marzoq, who also has a closed location in Ottawa. He says if students in the region can return to class, he believes his business can operate in a limited capacity.

"With a lot of people going back to school, and then with my shop, we’re taking only walk ins,” explains Marzoq. "We have only one person at a time. I don’t know why they won’t let me go back open."

“I guess now as we near the end of January, we’re looking good,” says Dr. Cushman. "But we can’t get cocky, we’ve got to remain vigilant."

The county’s acting medical officer of health gave reason for optimism for those living and working in long-term care homes while speaking with CTV News Ottawa. He says the wait for COVID-19 vaccines not be much longer.