Water levels on Ottawa River, Rideau River expected to rise this weekend due to heavy rainfall 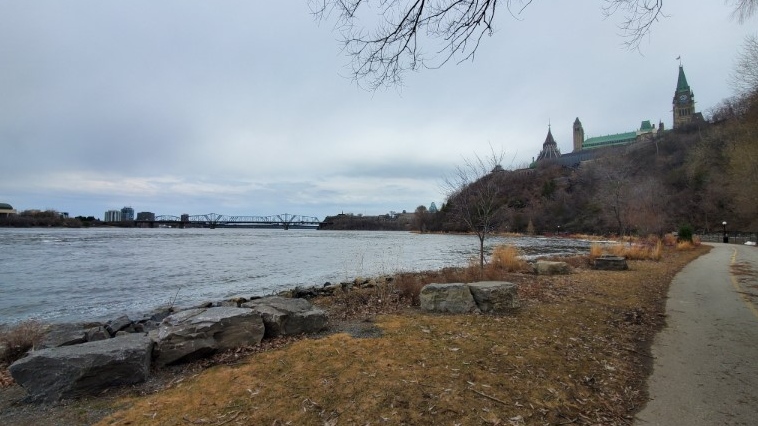 OTTAWA -- Heavy rain in the forecast this weekend is expected to cause water levels to rise along the Ottawa River and the Rideau River watershed.

However, officials don't expect excessive flooding along the Ottawa River this spring.

Environment Canada is calling for 15 to 25 millimetres of rain in Ottawa on Friday, with more rain in the forecast on Sunday.

In a statement, the Ottawa River Regulation Planning Board says water levels along the main stream of the river are expected to begin to rise over the next few days.

Residents living along the Ottawa River from Mattawa down to the Montreal Region are warned that water levels can rise rapidly at times throughout the spring and cause minor flooding in low-lying areas.

The planning board does say below-average snowfall in all locations and an early spring start are positive indicators of a year without excessive flooding along the Ottawa River.

The Rideau Valley Conservation Authority says with 40 to 50 millimetres of rain expected between Thursday and Sunday, water levels and flows will increase across the Rideau Valley Watershed.

An updated Flood Outlook is in effect due to the possibility of flooding for all low-lying areas along all waterways. Parks Canada staff who manage the water levels for the Rideau Canal have indicated that the levels in the upper watershed lakes are currently below average and expected to rise but not to flood levels.

A Flood Watch is in effect for low-lying areas along Stevens Creek and Taylor Drain in North Gower.

The conservation authority says following above normal temperatures in March and rapid snow melt, "water levels and flows are about normal for this time of year and are well below flood thresholds."

The City of Ottawa provides sand and sandbags to residents who live in areas prone to spring flooding.

You will need to bring your own shovels and other tools to collect sand and sandbags.

The locations for sand and sandbag filling sites are: