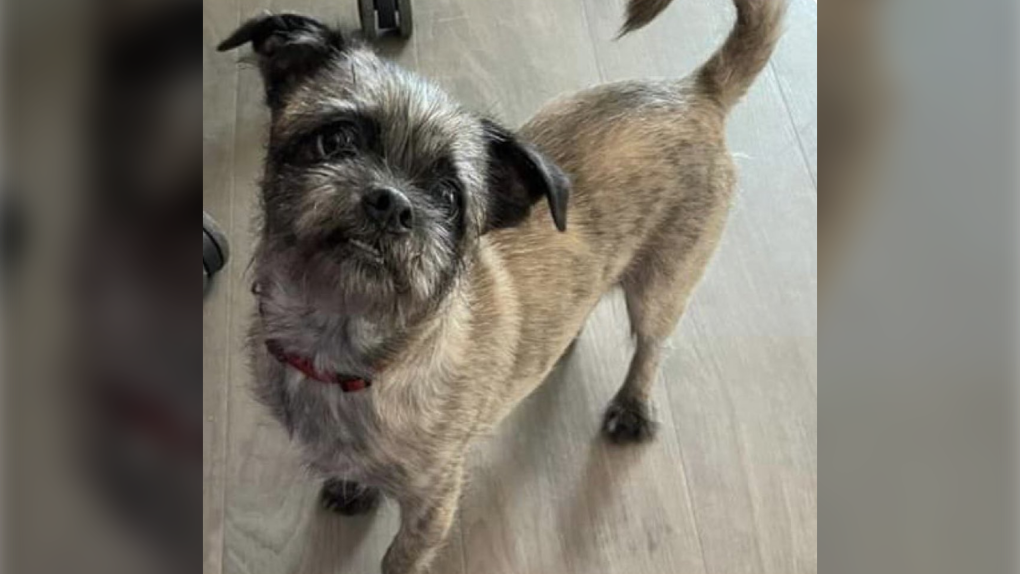 Charlie the Dog was found wandering around in Kingston, Ont. Sunday, Aug. 7, 2022, with no tag. Kingston police asked for help and his owners were quickly found and reunited with their lost pooch. (Kingston Police Service/Twitter)

Charlie, a lost dog found in Kingston, Ont., has been reunited with his owners after Kingston police put his image out on social media.

"Anyone know who own this cute little guy?" Kingston police asked on Twitter Sunday morning. "He was located near Division Street and John Counter Boulevard at around 6 a.m. He has a red collar but no tags or other identifying information."

It wouldn't be long that the dog would be identified as Charlie and his owners would be on the way to get him.

Just before 10 a.m., Kingston police said the owners had been found.

"Charlie has been identified and his owners are attending (Kingston Humane Society) to be reunited. Thanks for those who shared and spread the message," the police service said.

*** UPDATE ***
Charlie has been identified and his owners are attending @KHSKingston to be reunited. Thanks for those who shared and spread the message. Original posts to be deleted. pic.twitter.com/KLK0o5dUQ9