Volunteers needed for sandbag removal in Gatineau and Ottawa 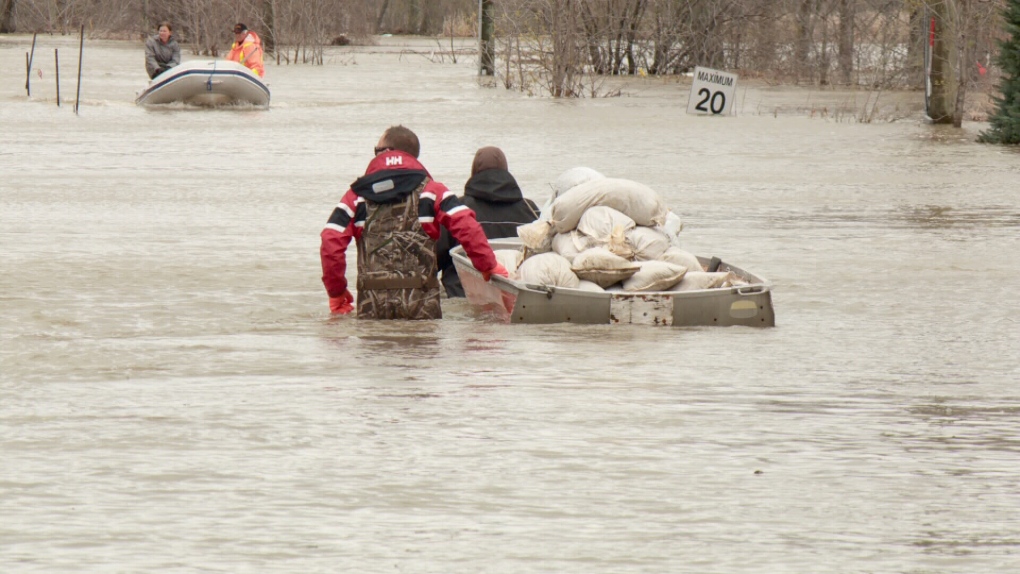 Residents are seen in waist high water transporting sandbags in a boat down a flooded street.

The city of Gatineau is calling on volunteers to assist flood victims in removing sandbags from their properties.

Hundreds of people showed up for the first day of the city's sandbag operation. The city of Gatineau is hoping to recruit roughly 4,000 volunteers over the course of the weekend, with more than 360 coming out Saturday.

"The military did some of the work and so did municipal crews, but there are more bags that need to be picked up," says Yves Melanson, a media relations official with the city of Gatineau.

During the major clean-up, volunteers will retrieve bags on the properties of flood victims, and then place them along the street. The sandbags will then be picked-up by city crews.

Volunteers must be 16 years or older, and available for 4.5 hour shifts starting at either 7:30 a.m. or 1:00 p.m. Saturday or Sunday. To avoid traffic congestion in flood affected areas, volunteers are asked to park their cars at one of four drop off and pick-up points. Volunteers who park at those locations will be shuttled to the clean-up zones.

The city says the actual duration of the work (retrieving bags) will be about 2 hours and a half. Plastic gloves, lunch, refreshments and snacks will be provided to volunteers. No sign-up is necessary.

More information can be found here:

A similar operation is also happening in communities across the Ottawa region. Sandbag removal operations are underway this Victoria Day weekend in Cumberland, Dunrobin, Britannia, Constance Bay and Fitzroy Harbour.

Anyone who wants to volunteer is asked to meet the shuttle bus at the following times and locations:

The city of Ottawa says it has about 250,000 sandbags to remove.