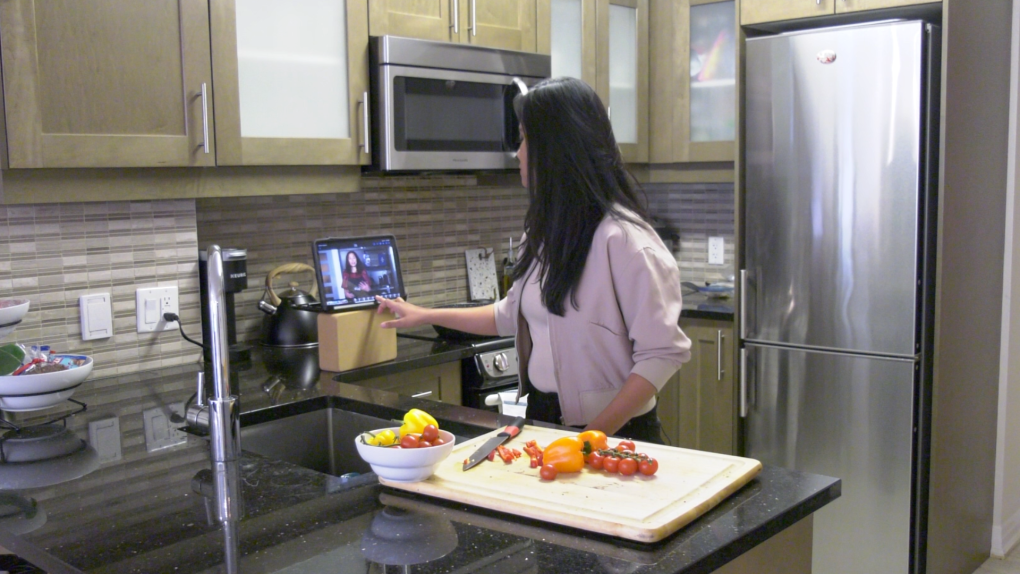 OTTAWA -- Many working from home are feeling the Zoom fatigue.

But there’s been interest in virtual cooking classes as people look for ways to connect and socialize, including lessons from Rebels in the Kitchen.

"People realize it is not another business Zoom meeting," said Rawan Al Wadaa of Rebels in the Kitchen.

Al Wadaa has been running virtual cooking classes since the pandemic began in March 2020 but before that, she would show up to people’s homes with groceries and create a Lebanese meal in their kitchens.

"One of the making things we pride ourselves on is hosting and generosity when it comes to cooking," said Al Wadaa, who is originally from Lebanon but moved to Canada in 2016. “And having a bunch of people over."

COVID-19 put it all to a halt but going online, Al Wadaa is able to connect with people in Ottawa and all over Canada.

"People want to, generally, want to get together, still want to learn things,” said Stefanie Siska with C’Est Bon Cooking. "It’s a five-sense experience when you do a cooking class. You’re tasting, feeling."

And while the in-person smells and touch are harder virtually, chefs still add the personal flare.

"(in a virtual class) he’s asking you how you’re doing, how’s that smelling, have a taste of that," she said. "So, it’s really interactive.”

Ingredients are bought in advance and you can book a private cooking class for your family and friends virtually, or you can drop in to a master class where you can join others and learn from the chef.

For Sisik and Al Wadaa, it’s a different and creative way to socialize and connect over dinner, even if it's virtually.

"It's definitely kept me quite sane during the COVID fiasco," adds Al Wadaa.