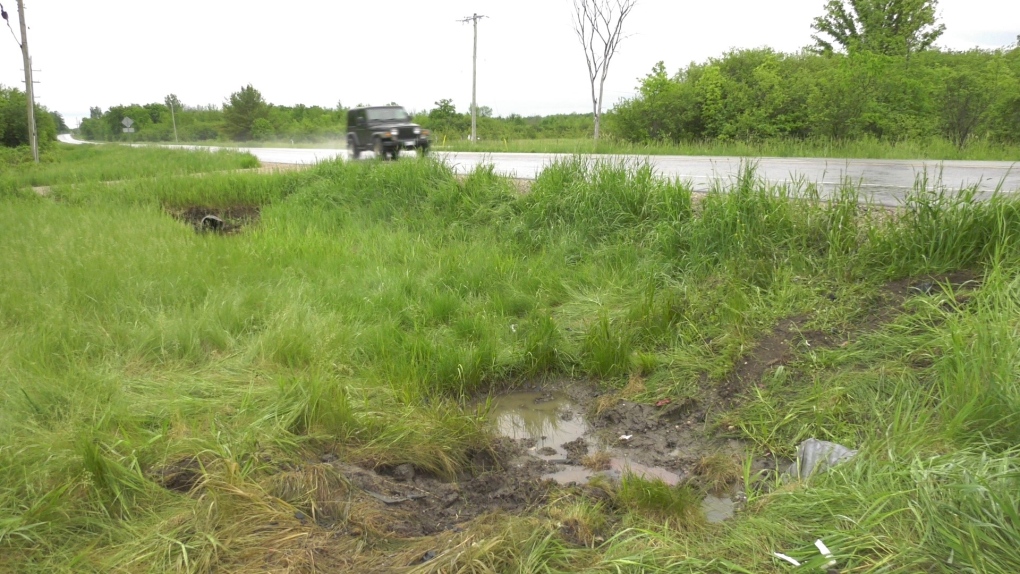 The scene on Christie Lake Road one day after a head-on crash that killed three people and injured another. (Nate Vandermeer/CTV News Ottawa)

Ontario Provincial Police have identified the victims of a head-on crash about 90 kilometres southwest of downtown Ottawa.

The two-vehicle crash happened on Christie Lake Road between Glen Tay Road and Bowes Side Road in Tay Valley Township at around 11 a.m. Tuesday, OPP said in a news release.

The driver and passenger from one vehicle were pronounced dead at the scene. The driver of the second vehicle also died and a passenger was hospitalized with serious injuries.

Police identified the victims Wednesday morning as Tim Shepherd, 40, from Perth, Robert Bremner, 57, from Maberly, and Rose Dixon, 73, from Maberly.

A section of Christie Lake Road wasclosed between Glen Tay Road and Bowes Side Road, but has since reopened.

“It’s a terrible situation,” he said. “We do have our traffic collision investigators involved in this, working to determine exactly how this took place, why this took place, and we’ll move on from there.”

Dickson said he could not speculate on what caused the crash, but he said it only takes a moment for a tragedy to occur.

“It can happen anywhere. All it takes is one moment of inattention… a vehicle can cross the centre line and the results can be tragic.”