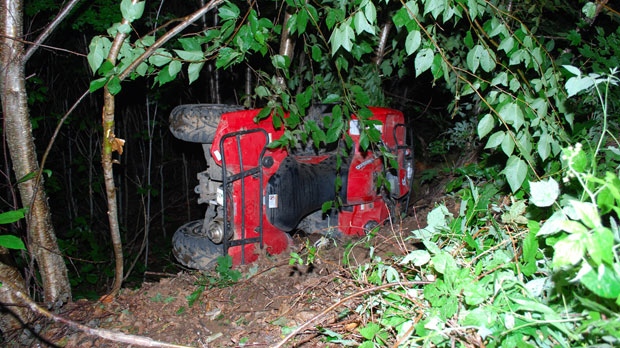 The victim of a deadly all-terrain vehicle accident that occurred over the weekend has been identified as 34-year-old Vincent Bertrand of Ottawa.

The man died after flipping his ATV on a secluded trail in L’Ange-Gardien, Quebec, north of Gatineau, on Sunday night.

It took emergency crews two hours to finally reach Bertrand, who was unconscious and pinned under the vehicle when they arrived.

Three other people were with the victim when the fatal accident happened.

They say alcohol was not a factor.