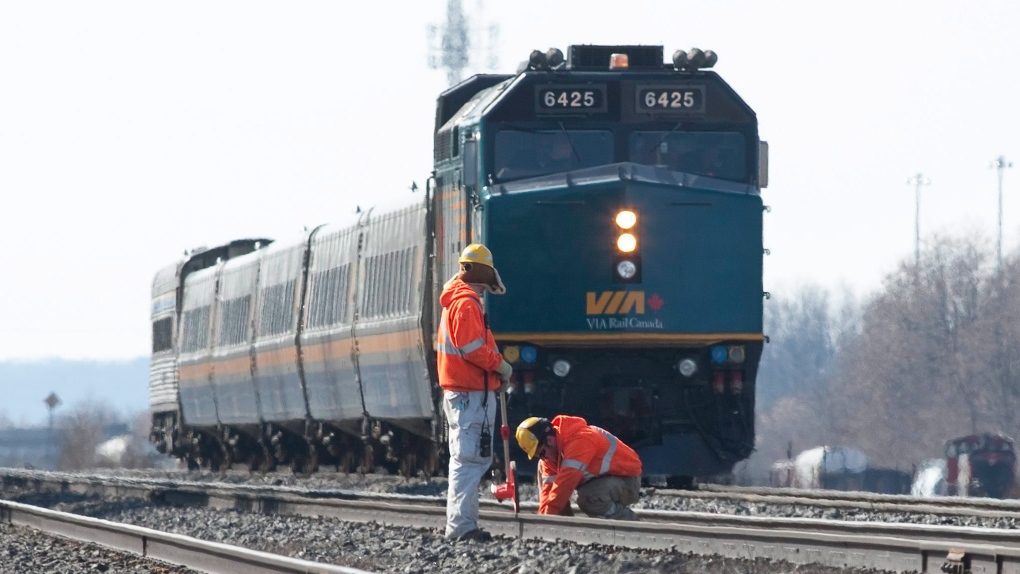 Crews work on the tracks ahead of a VIA Rail passenger train in this February 2012 file photo. (Pawel Dwulit / THE CANADIAN PRESS)

KINGSTON, Ont. -- Train service between Kingston, Ont., and Toronto is delayed after a train fatally struck a pedestrian, Via Rail said Wednesday morning.

Some 130 passengers are being transferred to buses and police are investigating, said company spokeswoman Mylene Belanger.

Via Rail initially flagged the incident on Twitter, writing the collision occurred near Collins Bay, a neighbourhood in Kingston.

She said it's not clear how long it will take to restore regular service.

Belanger called the incident a tragedy and said the company sends its sympathies to the pedestrian's family.

She said fatal collisions are often traumatic for the crew.

"As you may imagine, this is a very hard event for this engineer as he cannot stop the train as fast he would have hoped."

Trains take up to two kilometres to fully stop, Belanger said, making it difficult for an engineer to avoid a collision.

Fifteen people have died at railway crossings across Canada in the past year, according to Operation Lifesaver, a rail-safety group.